Surgeon General's Report on Oral Health in the Works 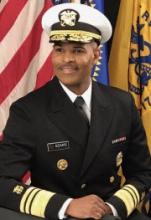 The US HHS, the Office of the Surgeon General, the US Public Health Service’s Oral Health Coordinating Committee, and NIH have announced the commission of a Surgeon General's Report on oral health. NIDCR will serve as the main federal organization working with Surgeon General Jerome M. Adams MD, MPH, to produce the report. The new report will document progress in oral health since 2000, when the landmark Surgeon General’s report “Oral Health in America” was published. CDC’s Division of Oral Health will host a stakeholder meeting September 16 to 17 to identify and discuss significant oral health-related topics which will inform the upcoming report. Following the meeting, a video recording of the event will be made available on the HHS YouTube channel. 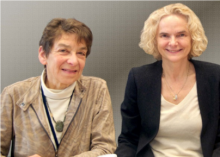 A July 25 commentary by NIDCR Director Martha J. Somerman, DDS, PhD, and National Institute on Drug Abuse Director Nora Volkow, MD, notes the important role dentists can play in helping to address the nation’s opioid crisis. Published in the Journal of the American Dental Association, “The Role of the Oral Health Community in Addressing the Opioid Overdose Epidemic” outlines NIH-funded efforts that aim to inform clinical decision making related to opioid prescribing. The coauthors also highlight the importance of partnerships between clinicians and researchers. 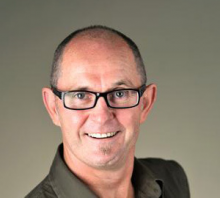 Matthew P. Hoffman, BDS, PhD, was named scientific director of NIDCR’s intramural research division in July after a national search. In his new position, Hoffman will provide leadership and managerial oversight for creating and maintaining a productive research environment within the Institute's Division of Intramural Research. Hoffman has been with NIDCR for nearly 25 years, serving most recently as deputy scientific director of DIR since August 2016. He will continue to serve as senior investigator in DIR’s Matrix and Morphogenesis Section, where he studies salivary gland development toward a long-term goal of advancing potential therapies to repair and regenerate glands and other tissue types.

In August, Marian Young, PhD, was named deputy scientific director of DIR, filling the position vacated by Hoffman. Young came to NIDCR in 1981 as a postdoctoral fellow and has since advanced to a serve as a senior investigator and chief of the molecular biology of bones and teeth section. 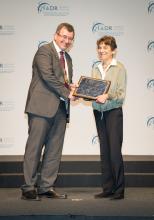 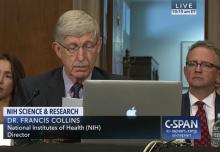 On July 25, Collins, along with Sharpless and Stephanie Devaney, PhD, deputy director of the All of Us Research Program, appeared before the House Committee on Energy and Commerce Subcommittee on Health to provide updates on implementation of the 21st Century Cures Act. They highlighted progress in the areas of big data, inclusion, strengthening the biomedical workforce, system innovation, the Precision Medicine Initiative, the BRAIN Initiative, the Cancer Moonshot, and the Regenerative Medicine Innovation Project.

In a Viewpoint published July 10 in the Journal of the American Medical Association, NIH leadership detail components of a newly released research plan for the Helping to End Addiction Long-term (HEAL) Initiative. With a focus on two primary areas—improving treatments for opioid misuse and addiction, and enhancing strategies for pain management—the plan describes a multifaceted program encompassing preclinical, clinical, drug repurposing, and community-based approaches. 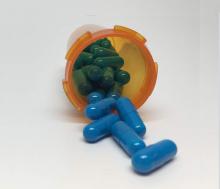 Clinicians were more likely to reduce the number and dose of opioid drugs they prescribed after learning that one of their patients had died from an overdose from a controlled substance than those not notified, according to a study published in Science and funded in part by the NIH’s NIA. "This finding could be very useful in the effort to reduce inappropriate prescribing of opioids without severely restricting availability of legally prescribed opioids for patients who should be getting them," said NIA Director Hodes. 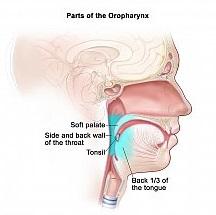 An interim analysis of data from a randomized clinical trial of patients with human papillomavirus-positive oropharyngeal cancer found that treatment with radiation therapy and cetuximab is associated with worse overall and progression-free survival compared to the current standard treatment with radiation and cisplatin. Full study details will be presented in the plenary session at the American Society for Radiation Oncology Annual Meeting in San Antonio on October 22. Findings from the trial will later be published in a peer-reviewed journal. The trial was funded by NCI and led by NRG Oncology, part of NCI’s National Clinical Trials Network. 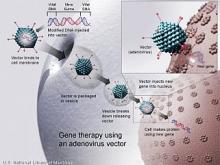 Collins and Food and Drug Administration Commissioner Scott Gottlieb, MD, reflected on the history and future of the agencies’ respective roles in ensuring the safety of gene therapy in a Perspective published in the New England Journal of Medicine on August 15. The coauthors described the rationale of a new proposal, published in the Federal Register, to streamline oversight by eliminating unnecessary duplicative reporting requirements. Public comments on the proposed changes may be submitted until October 16. 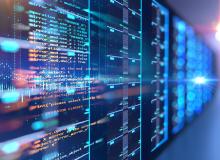 On June 4, NIH released its first Strategic Plan for Data Science that provides a roadmap for modernizing the NIH-funded biomedical data science ecosystem. As a step to implement the goals of the plan, the NIH announced on July 24 a new initiative called STRIDES (Science and Technology Research Infrastructure for Discovery, Experimentation, and Sustainability) to harness the power of commercial cloud computing and provide NIH biomedical researchers access to the most advanced, cost-effective computational infrastructure, tools, and services available. The STRIDES initiative launches with Google Cloud as its first industry partner. This initiative is a part of the New Models of Data Stewardship (NMDS) Program. 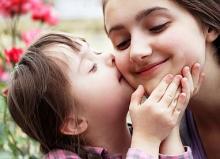 In June NIH launched the INCLUDE (INvestigation of Co-occurring conditions across the Lifespan to Understand Down syndromE) project in support of a Congressional directive in the FY 2018 Omnibus Appropriations. The directive calls for a new trans-NIH research initiative on critical health and quality-of-life needs for individuals with Down syndrome. Noting the involvement of multiple organ systems in Down syndrome and its co-occurring conditions, this effort will take advantage of the full range of existing resources across NIH, integrating the expertise of at least eighteen NIH institutes and centers, including NIDCR.

Communicating the Value of Race and Ethnicity in Research

In a perspective piece for the Science, Health, and Public Trust section of the NIH website, Eliseo J. Pérez-Stable, MD, director of the National Institute on Minority Health and Health Disparities, explained that in order to advance health for everyone and reduce health disparities, more racial and ethnic minorities should be included in clinical studies. Growing evidence suggests that race and ethnicity play an important role in the risks for many diseases and responses to environmental exposures. Pérez-Stable emphasized that we can’t work to reduce health disparities if we don’t understand the underlying mechanisms. 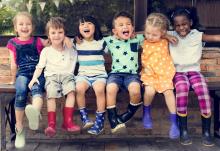 Because nearly all of NIH’s 27 NIH institutes and centers fund some aspects of child health research, NIH has formed the Trans-NIH Pediatric Research Consortium to coordinate efforts. The new consortium aims to explore gaps and opportunities in the overall pediatric research portfolio and set priorities.

NIH has selected 37 talented students for the Medical Research Scholars Program. The research training program allows medical, dental, and veterinary students to pause their university studies to live on the intramural campus of NIH and conduct basic, clinical, or translational research. The accepted scholars, including two dental students and a medical student working in NIDCR labs, began their fellowships in July and August. David Cruz Walma of the University of Alabama School of Dentistry is conducting research in the lab of Kenneth Yamada, MD, PhD, chief of the NIDCR cell biology section.  Quynh Nguyen, of the University of Mississippi Medical Center School of Dentistry, is working in the lab of Janice Lee, DDS, MD, NIDCR clinical director and senior clinical investigator in the craniofacial anomalies and regeneration section.. Tiahna Spencer, of the University of Connecticut School of Medicine, is working in the lab of Michael Collins, MD, senior clinical investigator in NIDCR’s Skeletal Disorders and Mineral Homeostasis Section. 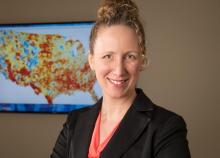 In June 29, NIMHD announced the release of the Neighborhood Atlas, a new tool to help researchers visualize socioeconomic data at the community level. Researchers, policymakers, and front-line health and social service personnel can use the Neighborhood Atlas to study fundamental social-biological mechanisms of health and disease, develop or study the impact of health policy, or better align resources.

The NIH Clinical Center has made a large-scale dataset of CT images publicly available to help the scientific community improve detection accuracy of lesions. This dataset, named DeepLesion, has more than 32,000 annotated lesions identified on CT images and includes critical radiology findings from across the body, such as lung nodules, liver tumors, and enlarged lymph nodes.

How to Build a Cancer 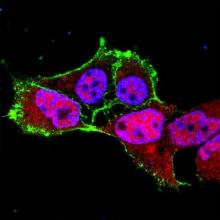 Many cancer researchers look for ways to stop the growth of cancer. J. Silvio Gutkind, PhD, is trying a different angle. He aims to piece together the steps needed to build a cancer—specifically head and neck cancer. “If I can build it, I can understand it,” says Gutkind, a long-time NIDCR intramural researcher now at the University of California, San Diego. With NIDCR support, Gutkind and his team will use genetic engineering in normal oral stem cells to express different combinations of mutated molecules, hoping to land on the exact formula that will cause the cells to develop cancerous features. Such knowledge may ultimately point to improved options for preventing or slowing cancer progression. 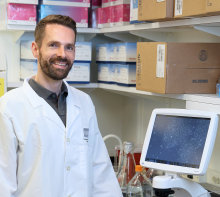 Pursuing fundamental questions in biomedical science wherever they may lead is core to NIH’s mission and to trans-NIH initiatives such as the Earl Stadtman Investigator program. NIDCR Stadtman investigator Achim Werner, PhD, spent his early career piecing together the molecular events that guide growth of cells involved in early formation of the head and face. This work led to unexpected insights into Treacher Collins syndrome, a condition characterized by abnormal in utero growth of the bones and tissues of the face. At NIDCR, Werner and his team are applying the same molecular dissection approach to other rare developmental diseases, which may point to new treatment targets for such conditions. 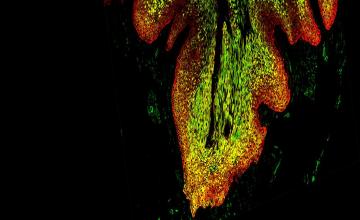 Intramural researchers from NIDCR and the National Institute of Arthritis and Musculoskeletal and Skin Diseases have identified transcriptional regulators that prime the mouth’s mucous membrane for rapid healing. The comparative analysis of wound samples from the mouth and skin uncovered repair- and inflammation-related genes that are expressed at different levels in oral versus skin cells. The findings, published July 25 in Science Translational Medicine, provide a biological explanation for the observation that oral wounds heal faster than skin wounds, and may offer insights into new therapies for chronic and nonhealing wounds.

Dental Plaque Is No Match for Catalytic Nanoparticles