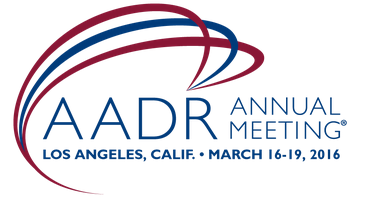 From March 16 to 19, NIDCR leadership, program staff, investigators, and trainees will ​be at the 2016 AADR/CADR Annual Meeting and Exhibition at the Los Angeles Convention Center. AADR attendees can sign up to have one-on-one consultations with NIDCR staff in Booth 609. 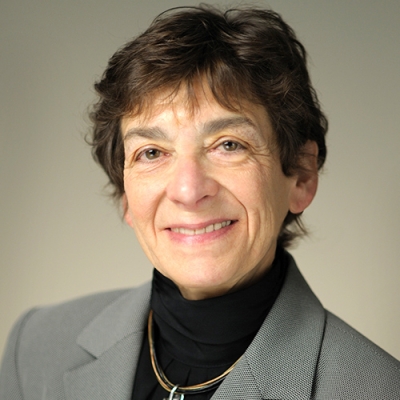 Because observations from the dentist’s chair can influence the design of future studies, advance science, and hasten improvements in oral health care, NIDCR is seeking ways to foster input from dental practitioners. In a guest editorial published in the February issue of the Journal of the American Dental Association (JADA), NIDCR Director Martha J. Somerman, DDS, PhD, and Science Communication Branch Chief David M. Vannier, PhD, encourage dentists to become active participants in research by communicating their observations from dental practice. JADA Editor Michael Glick, DMD, discussed the topic with Dr. Somerman for a JADA online video interview exclusive, and JADA released the video in February with the journal article.

To determine the best mechanisms for interactive communications, NIDCR has partnered with the American Dental Association to conduct interviews and coordinate discussion groups with dentists and researchers. The objective is to advance oral health by helping to better integrate dentistry and research. 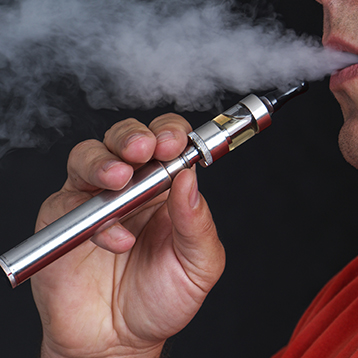 On March 3, NIDCR awarded several research grants to improve the understanding of the effects of e-cigarette aerosol mixtures on the oral cavity. "When a liquid nicotine solution is vaporized by an e-cigarette, multiple constituents may be found in the aerosol, but we don’t yet know the biological and physiological impact of these aerosols on oral tissue or its microbiome," said Sundar Venkatachalam, PhD, who is the program official for e-cigarette research and director of NIDCR’s Oral and Salivary Cancer Biology Program. "The projects being funded will provide much needed information on the effects of e-cigarette chemicals on oral health." 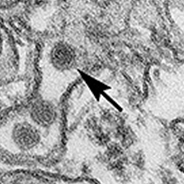 On February 5, NIDCR and other NIH Institutes encouraged researchers to submit grant applications for Zika virus research. The virus has been linked to infants born with an abnormally small head resulting from an underdeveloped and/or damaged brain. 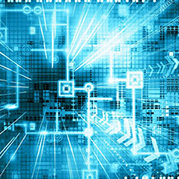 NIH developed the Database of Genotypes and Phenotypes (dbGaP) to archive and distribute the data and results from investigations of the interaction between genotypes and phenotypes in people. The NIDCR website offers an easy way to access dbGaP through the Genomics Resources part of the “Tools for Basic Researchers” web page.

Recent data releases from NIDCR-supported projects include the following:

When the Friends of the NIDCR (FNIDCR) ceased operations at the end of 2015, the American Association for Dental Research (AADR) took on FNIDCR’s programmatic activities. “This new arrangement will enable the dental, oral, and craniofacial community to speak with one voice on Capitol Hill and amplify our efforts to educate the public about the important role of the National Institute of Dental and Craniofacial Research," said AADR President Paul Krebsbach, DDS, PhD. On February 23, AADR and FNIDCR hosted Advocacy Day on Capitol Hill. 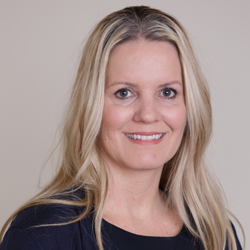 In January, Anna Nicholson, MSHS, joined NIDCR’s Office of the Director as the director of the Office of Clinical Trials Operations and Management. Previously, Ms. Nicholson was the clinical research manager for the National Institute of Arthritis and Musculoskeletal and Skin Diseases. Before that, she was the project team lead at KAI Research, a contract research organization, where she oversaw a clinical trial operation and management support contract for NIH. Anna received an MSHS in clinical research administration from George Washington University. 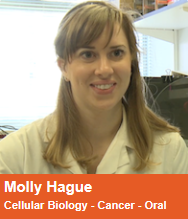 LabTV wants to inspire students to become medical researchers. In February, LabTV released a video interview called “At the NIH Clinical Center: Molly Hague searches for a cure for oral cancer.” As part of the NIH Medical Scholars Research Program, Ms. Hague worked in the Cell Biology Section of NIDCR’s Laboratory of Cell and Developmental Biology from 2014 to 2015. Currently, she is at the University of California, San Francisco completing her education at the School of Dentistry.

In February, the White House selected two NIDCR grantees to receive the prestigious Presidential Early Career Award for Scientists and Engineers (PECASE). The PECASE awardees are Samantha A. Brugmann, PhD, of the Cincinnati Children’s Hospital Medical Center, and Muhammad F. Walji, PhD, of the University of Texas School of Dentistry in Houston. Dr. Brugmann’s research focuses on craniofacial development, and Dr. Walji’s projects apply informatics approaches to the improvement of oral health care delivery. The PECASE award is the highest honor bestowed by the U.S. government to outstanding scientists and engineers beginning their independent careers. 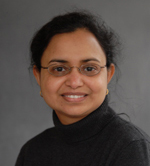 In February, Crain’s Cleveland Business selected NIDCR grantee Suchitra Nelson, PhD, of Case Western Reserve University to be a 2016 Health Care Hero. Every year, Crain’s Cleveland Business honors those providing exceptional service and dedication to Northeast Ohio’s health care sector. Dr. Nelson’s research aims to reduce oral health disparities among children. One of her recently awarded NIDCR research projects is “Multi-Level Interventions to Reduce Caries Disparities in Primary Care Settings,” which is part of the NIDCR Oral Health Disparities and Inequities Research Consortium. In addition, NIDCR is funding “Family Intervention with Caregivers of Children with Dental Needs,” which is a multi-site randomized clinical trial to be conducted in schools located in the states of Washington and Ohio. 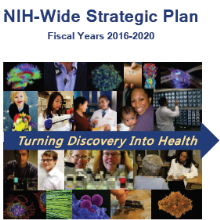 NIH Establishes Framework for Carrying Out Mission in 2016–2020

NIH released the NIH-Wide Strategic Plan, Fiscal Years 2016–2020: Turning Discovery Into Health (PDF), which will ensure that the agency remains well positioned to capitalize on new opportunities for scientific exploration and to address new challenges for human health. More than 450 stakeholders provided written input for the strategic plan, and more than 750 took part in interactive webinars. The NIH-wide plan complements the strategic plans of NIH’s Institutes, Centers, and Offices.

NIH Director Francis Collins, MD, PhD, joined President Barack Obama at the White House on February 25 for the Precision Medicine Initiative (PMI) Summit. NIH’s charge is to develop the PMI Cohort Program, which will be a landmark longitudinal research study to expand the understanding of ways to improve health and treat disease. By the end of this year, NIH will enroll 79,000 people into the PMI Cohort Program, and by the end of 2019, one million people will be enrolled. 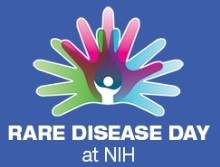 Every year, Rare Disease Day occurs on the last day of February to raise awareness among policymakers and the public about rare diseases and their impact on patients’ lives. The National Center for Advancing Translational Sciences and the NIH Clinical Center sponsor Rare Disease Day at NIH as part of a global observance that began in Europe in 2008. Since 2010, the NIH slogan for Rare Disease Day has been “Patients & Researchers — Partners for Life.”

Rare Disease Day at NIH demonstrates NIH commitment to rare disease research by highlighting NIH-supported rare disease investigators and encouraging a mutually beneficial dialogue among public and private researchers, patients, patient advocates, and policymakers. In addition, the event provides a forum for exchanging the latest rare diseases information to advance research and therapeutic efforts and for sharing stories of patients, their families, and their communities. 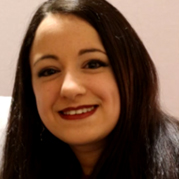 The NIH Oral History Project, which is a partnership with StoryCorps, has begun sharing videos of patients, health care professionals, and others from the NIH Community. Kristal Nemeroff, a 26-year-old school nurse with osteogenesis imperfecta (brittle bone disease), shared how she has been coming to NIH since she was 8 months old. Her care at the NIH Clinical Center included visits to the NIDCR Dental Clinic.

In the video, she describes the challenges she had to overcome to realize her dream of becoming a nurse. “There was doubt there with a brittle bone disease whether or not people thought I could be a good nurse,” said Nemeroff. “I will find a way to do it. And it may not be the same way that other people do it, but I will find a way.” With the support of her NIH health care team, she convinced school administrators to accept her into the nursing program, and in 2011, Nemeroff earned an RN BSN degree and became a nurse. 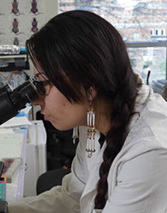 The new NIH Tribal Health Research Office, which is part of the Division of Program Coordination, Planning, and Strategic Initiatives in the NIH Office of the Director, launched a website in January. The website will help the Tribal Health Research Office share information and resources with stakeholders and foster collaborations to support tribal health research. The main functions of the office are to coordinate tribal health research-related activities across NIH and serve as a liaison to tribal health committees. The website details other functions of the office, including how it will coordinate the NIH Tribal Consultation Advisory Committee, which provides a forum for elected Tribal officials and NIH officials to exchange information and perspectives.

Each NIH Institute has a representative or point of contact to receive information about NIH Tribal Consultation Advisory Committee activities on behalf of its Institute. Margo Adesanya, DDS, MPH, chief of Science Policy and Planning Branch, serves in that capacity for NIDCR.

Because researchers have many questions about submitting applications for NIH research grants, the NIH Center for Scientific Review now offers a series of Webinars called “Meet the Experts in NIH Peer Review.” CSR encourages both applicants and university research administrators to watch the videos and learn how to navigate the NIH peer review system. Slides are also available. For new applicants, experts describe the following:

On January 14, the National Human Genome Research Institute (NHGRI) launched the Centers for Common Disease Genomics — a set of genome sequencing and analysis centers whose research will focus on understanding the genomic bases of common and rare human diseases. For each disease, the researchers will sequence tens of thousands of genomes from individuals with and without the disease. Investigators will focus on cardiovascular/metabolic and neuropsychiatric diseases and will consider exploring other disorders, including inflammatory/autoimmune and bone/skeletal diseases.

NHGRI also announced the next phase of a complementary program, the Centers for Mendelian Genomics (CMG), which will continue investigating the genomic underpinnings of rare, typically inherited diseases.

On February 1, the White House released a fact sheet about the Cancer Moonshot initiative, asking for $680 million in NIH’s FY2017 budget to support seven scientific areas. To share the news about the initiative with the public, NIH Director Francis Collins, MD, PhD, and the National Cancer Institute Acting Director Doug Lowy, MD, participated in a Twitter chat (see #CancerMoonshot).

Breakthrough in Generating Embryonic Cells That Are Critical for Human Health