From March 21 to 24, NIDCR leadership, program staff, investigators, and trainees will be at the 2018 AADR/CADR Annual Meeting and Exhibition at the Greater Fort Lauderdale/Broward County Convention Center. Attendees can sign up to have one-on-one consultations with NIDCR staff in Booth 115. For reminders about NIDCR-sponsored symposia or other events during the meeting, follow @NIDCR on Twitter. Or access the schedule on the NIDCR website.

NIDCR and NCATS Team Up to Support Research Career Development

NIDCR is collaborating with NIH’s National Center for Advancing Translational Sciences (NCATS) through the Clinical and Translational Science Awards Program to provide translational research training to scientists early in their careers. Through supplemental funding to NCATS’ Mentored Career Development Awards, NIDCR is supporting career development of five investigators conducting research in dental, oral, and craniofacial disease and prevention. This pilot effort was initiated in response to a 2014 Physician-Scientist Workforce Working Group Report to the Advisory Committee to the NIH Director, which highlighted the need for greater representation of dentist-scientists in the physician-scientist workforce.

On February 26, NIDCR hosted nine representatives from the Friends of NIDCR Patient Advocacy Council (FNIDCR PAC), an umbrella group comprising non-profit organizations that work together to advance dental, oral, and craniofacial health research and to move that research from the lab to the clinic. The FNIDCR PAC members in attendance represented seven patient advocacy organizations. Attended by NIDCR senior staff, as well as two representatives from the American Dental Education Association, the meeting aimed to foster an ongoing conversation around patient needs and research advances, gaps, and opportunities.

Karina Boehm, director of NIDCR’s Office of Communications and Health Education, recently completed the CDC International Experience & Technical Assistance global health training program. As part of the program, Boehm was assigned for three months to the CDC Mozambique country office, where she provided technical assistance for the prevention, maternal and child health, and care and treatment branches, and trained staff on how to develop effective health communication programs related to HIV/AIDS. She also advocated for oral health, presenting information to local staff about the global burden of oral disease and inviting Mozambique’s chief dental officer to talk about the oral manifestations of HIV.

NIDCR has a new opening for Scientific Director of the Division of Intramural Research. The Scientific Director will be responsible for creating and maintaining a robust research environment that facilitates and encourages creativity; collaboration among scientists from different disciplines; effective training of students, dentist- and physician-scientists, and post-baccalaureate, predoctoral, and postdoctoral fellows; and efficient utilization of resources. Learn about current NIDCR job opportunities by accessing the Job Openings section of NIDCR’s website and by following us on Twitter and LinkedIn. 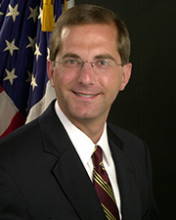 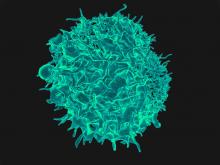 In the January 12 issue of the journal Science, Cynthia E. Dunbar, MD, senior investigator at the Hematology Branch of the National Heart, Lung, and Blood Institute, co-authored an in-depth review of the key developments that led to several successful gene therapy treatments for patients with serious medical conditions. The authors also described genome editing technologies, which could translate into broader and more effective gene therapy approaches. The authors discussed the future of gene therapies and the challenges of delivering these complex treatments to patients. 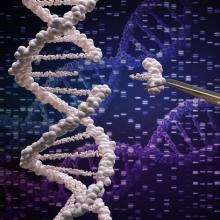 On January 23, NIH announced the launch of the Somatic Cell Genome Editing program, funded by the NIH’s Common Fund. The effort, which is aimed at removing barriers that slow the adoption of genome editing for treating patients, will award scientists about $190 million over six years. Research teams will aim to improve delivery mechanisms for targeting gene-editing tools in patients, develop genome editors and assays for testing the safety and efficacy of editing tools, and assemble a genome-editing toolkit containing the resulting knowledge, methods, and tools to be shared with the scientific community. 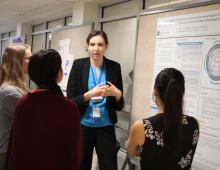 On March 1, the NIH Clinical Center and the National Center for Advancing Translational Sciences sponsored the annual Rare Disease Day at NIH, which featured presentations, posters, exhibits, an art show, and Clinical Center tours. Rare Disease Day takes place worldwide each year to raise awareness among policymakers and the public about rare diseases and their impact on patients’ lives.

Scientists looking for jobs after completing their training may soon have a new tool for evaluating various career paths. The tool uses a method that was developed by scientists at NIH’s National Institute of Environmental Health Sciences (NIEHS) and is detailed in an article published in the February edition of Nature Biotechnology. The method differs from others in that it separates employment trends in biomedical science by sector, type, and job specifics. The creators developed the approach for use by the scientific community. 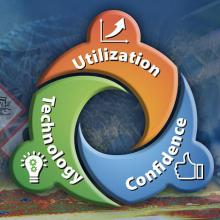 Roadmap for Replacing Animal Use in Toxicity Testing

Sixteen federal agencies partnered to develop a strategic roadmap that offers a new framework for testing the safety of drugs and chemicals while reducing the use of animals in such studies. The roadmap was published January 30 by the National Toxicology Program, a federal interagency program headquartered at NIEHS. The report aims to guide the application of new technologies—such as high-throughput screening, tissue chips, and computational models—to acquire more human-relevant toxicology data for chemicals and medical products. 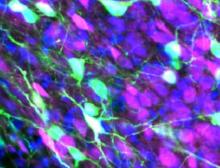 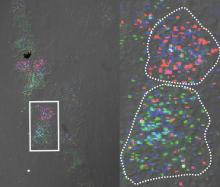 Touch is a complicated sense that results from many different types of mechanical stimuli: pressure, texture, vibrations, and more. Recent studies by NIDCR researchers and other NIH scientists have begun to unravel how touch detection is regulated at the molecular level to produce distinct responses in different classes of sensory cells. The research was led by NIDCR’s Mark Hoon, PhD, and Alexander Chesler, PhD, of NIH’s National Institute of Complementary and Integrative Health. The research establishes that many aspects of our sense of touch result from the genetic gymnastics of a single gene, Piezo2. “In the long run, a better understanding of touch might point to potential therapies for relieving pain or other unpleasant sensations,” said Hoon.