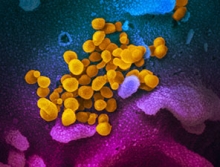 Dental health care personnel can find COVID-19-related information on the CDC’s Division of Oral Health website, which offers guidance and resources for clinics and health care facilities and recommendations for responding to COVID-19 in dental settings. 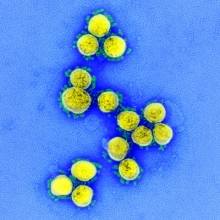 An NIH COVID-19 microsite offers a curated collection of information and resources about the status of the outbreak, including the latest CDC information and guidance, NIH research on the novel coronavirus, information for NIH applicants and recipients, NIH guidance on travel and meetings, and other federal government resources. The site also provides a link for users to sign up for COVID-19 email updates from NIH. 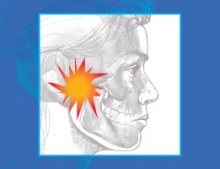 The National Academies of Sciences, Engineering, and Medicine on March 12 released a report, “Temporomandibular Disorders: Priorities for Research and Care.” NIDCR and the NIH Office of the Director commissioned the study to address the current state of knowledge about TMJD research, provider education and training, safety and efficacy of clinical treatments, and TMJD-associated burden and costs. NIDCR’s acting director, Lawrence A. Tabak, DDS, PhD, said in a statement that the report makes clear that despite advances in the field, significant gaps remain in our understanding of the biological mechanisms underlying these complex, painful conditions affecting the jaw. In January 2020 Dr. Tabak announced the development of a TMJD Multi-Council Working Group to be made up of advisory council members from NIDCR and other NIH institutes and centers with expertise relevant to TMJD research. The working group will review the report and its recommendations and work to develop strategies that NIDCR and NIH can use to better support research efforts to generate a strong knowledge base and advance TMJD research and care.

In December, the NIH community celebrated the many contributions of Martha J. Somerman, DDS, PhD, who served as NIDCR director from 2011 through 2019. “She has advanced the science and worked tirelessly on behalf of the dental research community and a whole generation of dental professionals,” said NIH Director Francis S. Collins, MD, PhD. Among the accomplishments he highlighted were her commitment to training the next generation of oral health researchers, her push for greater diversity in the scientific workforce, and her efforts to establish the Dental, Oral, and Craniofacial Tissue Regenerative Consortium to advance development of regenerative therapies.

The National Advisory Dental and Craniofacial Research Council meeting held January 29 on the NIH campus featured several presentations about data science and its role in research supported by the institute. Topics ranged from artificial intelligence to the challenges of integrating dental and clinical records to machine learning for the management of data sets. The next council meeting takes place May 19, 2020. 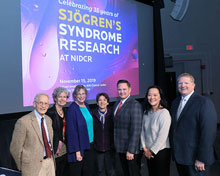 NIDCR hosted a special grand rounds in November to celebrate progress in Sjögren’s syndrome research since the founding of the NIDCR Sjögren’s Syndrome Clinic 35 years ago. Among the speakers were NIDCR scientist emeritus Bruce Baum, PhD, who pioneered the first-ever salivary gland gene therapy tested in humans. Other presenters included NIDCR-supported researchers and patient advocacy representatives, who described their work to advance Sjögren’s syndrome research and awareness. 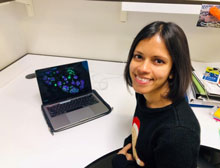 Surangi Perera, PhD, NIDCR’s first Sang-A Park Memorial Intramural Postdoctoral Fellow, has brought her affinity for the unknown and a passion for mentoring to the institute. Perera works in the lab of Laura Kerosuo, PhD, and focuses on the mechanisms that control the fate of neural crest cells, in particular those that will become neurons and glia in the cranial nerve ganglia. She comes to NIH from the University of Cambridge, where she conducted her dissertation research on olfactory ensheathing cells, which derive from the neural crest and show promise for treating spinal cord injuries. 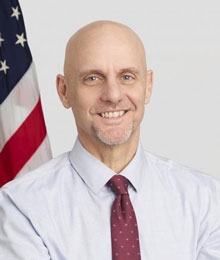 On December 17, 2019, Stephen M. Hahn, MD, was sworn in as Commissioner of Food and Drugs at FDA. Before joining FDA, Hahn was the chief medical executive at the University of Texas MD Anderson Cancer Center. His training is in medical and radiation oncology, and he has experience in clinical trials and medical product development.

Ending sexual harassment in science is a major priority for NIH leadership. In February 2019, NIH established the Changing the Culture to End Sexual Harassment working group within the Advisory Committee to the Director. In December, the working group delivered its report to the committee. NIH Director Francis S. Collins, MD, PhD, announced on December 12 that NIH will work with other federal agencies, such as the HHS Office for Civil Rights, to explore options for implementing the recommendations. 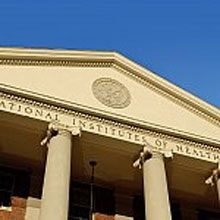 NIH has requested public input on a framework for the 2021-2025 NIH-wide Strategic Plan, with comments due by April 1, 2020. The new plan will focus on priorities in biomedical and behavioral science research, scientific research capacity, and scientific integrity, public accountability, and social responsibility in the conduct of science. Health disparities, data science optimization, and public health challenges across the lifespan are among the themes to be addressed.

In January, the two-day NIH Helping to End Addiction Long-term  (HEAL) investigator meeting in Bethesda, Md., brought together government officials, patient representatives, and more than 350 researchers who are part of the NIH initiative. In his opening remarks, Dr. Collins called the meeting “a historic gathering” to establish a scientific community that will take on the opioid crisis from all angles. Among the keynote speakers were HHS Secretary Alex M. Azar II and US Surgeon General Jerome M. Adams, MD, MPH. Meeting topics included basic science, pain assessment, challenges to developing therapeutics, and data sharing. 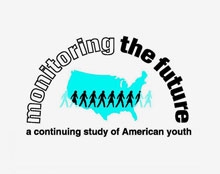 The Food and Drug Administration announced on January 2 that it will prioritize enforcement against certain unauthorized flavored, cartridge-based e-cigarettes (except for tobacco and menthol products) that appeal to minors, including fruit and mint flavors. E-cigarette use has more than doubled among teens since 2017, according to data from the NIH-funded 2019 Monitoring the Future survey. The results, published in a series of papers between September and December 2019,  indicate that vaping of marijuana among teens is also rising at similar rates, and they echo findings from the FDA and CDC’s 2019 National Youth Tobacco Survey.

In a range of experiments, scientists have reactivated resting immune cells that were latently infected with HIV or its monkey relative, SIV, in cells in the bloodstream and a variety of tissues in animals. As a result, the cells started making copies of the viruses, which could potentially be neutralized by anti-HIV drugs and the immune system. “These new findings help sustain our cautious optimism that an HIV cure is possible,” says Anthony Fauci, MD, director of the National Institute of Allergy and Infectious Diseases. 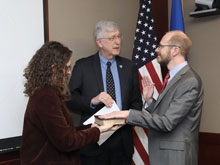 Denny Starts as Chief Executive Officer of All of Us

Dr. Collins swore in Joshua Denny, MD, MS, as chief executive officer of the All of Us Research Program in January. As CEO, Denny will oversee NIH’s efforts to build one of the largest and most comprehensive precision medicine research platforms in the world in partnership with a diverse network of awardees and participants. Denny comes to NIH from Nashville, Tenn., where he was a professor in the departments of Biomedical Informatics and Medicine at Vanderbilt University Medical Center. 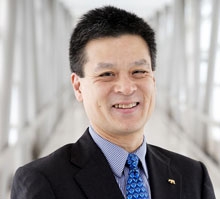 John Ngai, PhD, has been named director of the Brain Research through Advancing Innovative Neurotechnologies (BRAIN) Initiative at NIH. Launched in 2013, the initiative is a large-scale effort to accelerate the development of neuroscience technologies and revolutionize our understanding of the brain in health and disease. Ngai comes to NIH from the University of California, Berkeley, where he was the Coates Family Professor of Neuroscience. 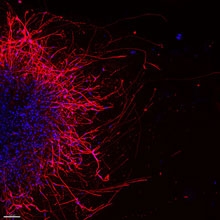 Cell Machines Pave the Way to Solving A Molecular Mystery

Kenneth Yamada, MD, PhD, and his NIDCR lab have discovered a new type of cellular machinery that plays a critical role in laying down a sticky, fibrous substance called fibronectin. This substance helps cells attach to and migrate along basement membranes, which enclose tissues and organs. Yamada speculates that the fibronectin deposits assist organ formation during embryonic development and may also contribute to cancer cells’ ability to invade tissues. 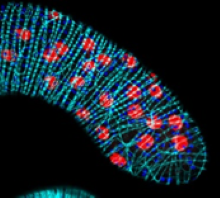 The lowly little fruit fly is providing insights into the biology of cells’ secretion of proteins vital to life. NIDCR’s Kelly Ten Hagen, PhD, and her lab have shown in Drosophila (fruit flies) that formation of secretory granules, the cellular packets that store proteins destined for secretion, depends on a protein called Tango1. These basic science advances could help researchers better understand secretion-related defects that lead to dry mouth disorders.

Findings from an NIDCR-funded mouse study may help explain why the mouth heals faster than the skin. The scientists discovered a unique population of stem cells in the roof of the mouth that respond quickly to repair injury to the hard palate. The research, published in Cell Stem Cell, may provide insights into wound healing throughout the body.

Very early in development, diverse salivary glands emerge, each capable of a specific job. NIDCR researchers found that this diversity is underscored by differences in muscle- and nerve-related gene expression in mouse embryonic salivary glands. The researchers say their insights may help with future tissue engineering efforts to repair damaged salivary glands.