NIDCR Clinical Director Janice S. Lee, DDS, MD, MS, and NIDCR Director Martha J. Somerman, DDS, PhD, coauthored a JAMA Viewpoint titled “The Importance of Oral Health in Comprehensive Health Care,” published online on May 3. The Viewpoint links to NIDCR’s companion video The Concise Oral Exam, which demonstrates how a 5-minute oral exam can help physicians recognize poor oral health and detect clues to systemic conditions, such as cancer, diabetes, HIV, and other conditions that can manifest in the head and neck region. 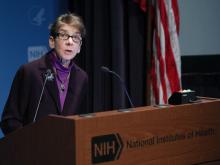 NIDCR hosted a symposium, “Autotherapies: Enhancing Our Innate Healing Capacity,” to explore the potential of autotherapies—treatments based on the body’s natural ability to heal and protect itself. A panel of experts presented on topics including the use of small molecules to reprogram endogenous stem cells; response and resistance to cancer immunotherapy; use of biomaterials to re-engineer immune response; and clinical autotherapies to repair craniofacial abnormalities. After the presentations, NIDCR staff held a day-and-a-half-long workshop, where experts and staff discussed opportunities for future research directions. 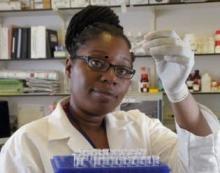 NIDCR recently announced the NIDCR Director's Postdoctoral Fellowship to Enhance Diversity in Dental, Oral, and Craniofacial Research. NIDCR’s goal for this fellowship program is to achieve one or more of the many benefits that flow from a diverse scientific workforce. Postdoctoral students selected for this fully funded fellowship will spend up to five years working side by side with NIDCR’s leading scientists in an environment devoted to dental, oral, and craniofacial research. 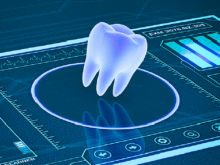 NIDCR invites you to submit comments or respond to existing comments on two new proposed research initiatives, NIDCR Mentoring Network for Underrepresented Postdoctoral and Early-Career Faculty Investigators and Accelerating the Advancement of Digital Dentistry. These proposed initiatives represent the second and third installments in the NIDCR 2030 series, and they build on earlier public input toward enhancing workforce diversity and advancing oral biodevices. The deadline for comments is Friday, June 29, 2018.

NIDCR and other NIH components engaged with thousands of visitors at the 2018 USA Science & Engineering Festival Expo, held April 6 – 8 in Washington DC. Visitors to the NIDCR booth participated in an interactive, hands-on experiment led by NIDCR intramural scientist Peter Burbelo, PhD, to use a biosensor to measure bacterial contamination on model teeth. Attendees learned that bacteria are prevalent and can be removed from teeth with regular tooth brushing.

On May 31 and June 1, NIH held the 2018 NIH Pain Consortium Symposium, “From Science to Society: At the Intersection of Chronic Pain Management and the Opioid Crisis.” The event highlighted the latest work by NIH-supported pain researchers via presentations, panel sessions, and a poster session. The symposium addressed the following topics: 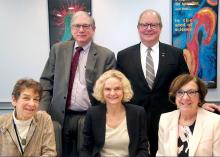 NIH announced on April 4 the launch of the Helping to End Addiction Long-term (HEAL) Initiative, a trans-agency effort to speed scientific solutions to stem the national opioid public health crisis. NIH is nearly doubling funding for research to prevent addiction through enhanced pain management and improve treatments for opioid misuse disorder and addiction.

NIH Launches All of Us Research Program 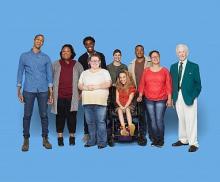 On May 6, NIH officially launched the All of Us research program, an effort to create a community of one million people who will share their unique health data for research. The launch was kicked off at community events at seven sites across the nation, from Alabama to Washington state. Community leaders, NIH representatives, and NIH Director Francis Collins, MD, PhD, discussed how participants’ data will help researchers devise new ways of improving the health of all Americans.

A special issue of Behaviour Research and Therapy featured the NIH Common Fund’s Science of Behavior Change (SOBC) Program, with papers describing the SOBC mission and the work of its research teams. The SOBC program seeks to promote mechanisms-focused basic research on the initiation, personalization, and maintenance of behavior change for unhealthy behaviors that contribute to negative health outcomes and common diseases, including oral health problems. Melissa Riddle, PhD, chief of the NIDCR Behavioral and Social Sciences Research Branch, serves as a working group coordinator of the SOBC Program and co-authored one of the special issue papers describing the NIH program.

NIH-funded researchers have completed a detailed genomic analysis, known as the PanCancer Atlas, on a data set of molecular and clinical information from over 10,000 tumors representing 33 types of cancer, including head and neck cancer. The PanCancer Atlas, published as a collection of 27 papers across a suite of Cell journals, summarizes work accomplished over the last decade by The Cancer Genome Atlas – a multi-institution collaboration initiated and supported by NIH. The analysis provides a wealth of information to advance scientists’ understanding of how, where, and why tumors arise in humans, to enable better-informed clinical trials and future treatments. 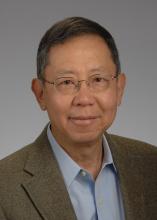 Richard Nakamura, PhD, retired in April from the directorship of the Center for Scientific Review (CSR) after a 39-year career at NIH. While a national search for a new director is conducted, Noni Byrnes, PhD, is serving as acting director. Byrnes has been acting deputy director at CSR since January 2018 and director of CSR’s Division of Basic and Integrative Biological Sciences since 2012.

U.S. Navy Captain Pius Aiyelawo (retired) was named as chief operating officer (COO) of the NIH Clinical Center on April 2. The role was recently expanded to include management of most clinical as well as administrative areas. He reports directly to Chief Executive Officer James K. Gilman, MD. Aiyelawo holds a bachelor of arts in management science from Alaska Pacific University, Anchorage, and received a master of public administration from University of Alaska, Anchorage. 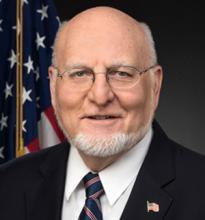 Robert Redfield, MD, was sworn in as CDC director on March 26. Redfield has worked in clinical research and clinical care of chronic human viral infections and infectious diseases, especially HIV, for more than 30 years. Prior to his CDC appointment, he cofounded the University of Maryland’s Institute of Human Virology and served as the chief of Infectious Diseases and vice chair of Medicine at the University of Maryland School of Medicine.

The Science of Saliva

Salivary gland research conducted by Swati Pradhan-Bhatt, PhD, at the University of Delaware, Newark, and funded in part by NIDCR, was featured in the May 3 NIH Director’s Blog. Pradhan-Bhatt and colleagues found that salivary gland tissue contained previously unknown human stem/progenitor cells and that under the right conditions, they can produce all of the cell types needed to make a salivary gland, including the secretory acinar-like cells. The scientists developed a 3-D system to grow acinar cells from a parotid gland, encourage them to cluster, and even get some to secrete saliva. An image from the work was featured in the University of Delaware’s 2017 Art in Science exhibit.

How Molecules Mold Our Faces

A recent study, funded in part by NIDCR and published in Nature Genetics, revealed at least 15 genetic regions strongly linked to differences in face shape in healthy humans. A portion of the study’s data came from NIDCR’s FaceBase, an effort launched in 2009 to build a public repository of craniofacial data readily available to all scientists. The results will add to scientists’ understanding of the genes that guide normal development of the face, as well as how that process sometimes goes awry in the case of birth defects and malformations life cleft lip and palate. 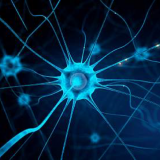 A research team led by NIDCR intramural researcher Mark Hoon, PhD, and Andrew Todd, PhD, at the University of Glasgow, UK, showed that somatostatin, a signaling molecule released by sensory neurons, plays a key role by enhancing itch and blunting pain in mice. The results, published online on March 19, 2018, in Nature Neuroscience, could have important implications for treatments related to itch and pain.

First Description of mEAK-7 Gene Could Suggest Path toward Therapies for Cancer, Other Diseases

Researchers Discover Cellular Messengers Communicate with Bacteria in the Mouth

Author/Citation
The Forsyth Institute
Date
May 8, 2018