Following the call by NIH Director Francis S. Collins, MD, PhD, for "a level playing field" at scientific meetings, NIDCR Director Martha J. Somerman, DDS, PhD, expressed her own commitment to examining the diversity of speakers and panels at conferences.  She stated that researchers who are women or who are from underrepresented groups should have a role in shaping the direction of research at scientific meetings, and that building an inclusive cohort of scientific leaders is a goal shared by NIDCR and across NIH.

NIDCR Director Featured in Profile of Women Leaders at NIH

Dr. Martha Somerman and the nine other women who head NIH institutes or centers consider what it takes to lead and to balance work and life. In the Power of Ten, created by the National Library of Medicine, the institute and center directors discuss mentoring and increasing the number of women in leadership positions. 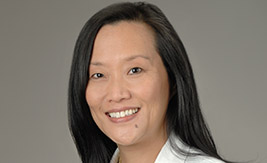 Janice S. Lee, DDS, MD, MS, has been named the 2019 recipient of the William J. Gies Foundation for the Advancement of Dentistry of the American Dental Education Association, Inc. Award in Oral and Maxillofacial Surgery. She is the first woman surgeon to receive this honor. The award, which recognizes distinguished achievement in the field, will be presented in September at the 101st annual meeting of the American Association of Oral and Maxillofacial Surgeons in Boston.

Women are underrepresented in academia, including in dental and oral health fields. Thus, there are fewer submitted research project grant applications from women as compared to men, according to a recent analysis by policy experts including NIDCR staff. The team’s findings revealed, however, that once submitted, applications from women are funded at the same rate as those from men. The results were published online in August in JDR Clinical and Translational Research and could inform future efforts to increase the representation of women in dental and oral health research. 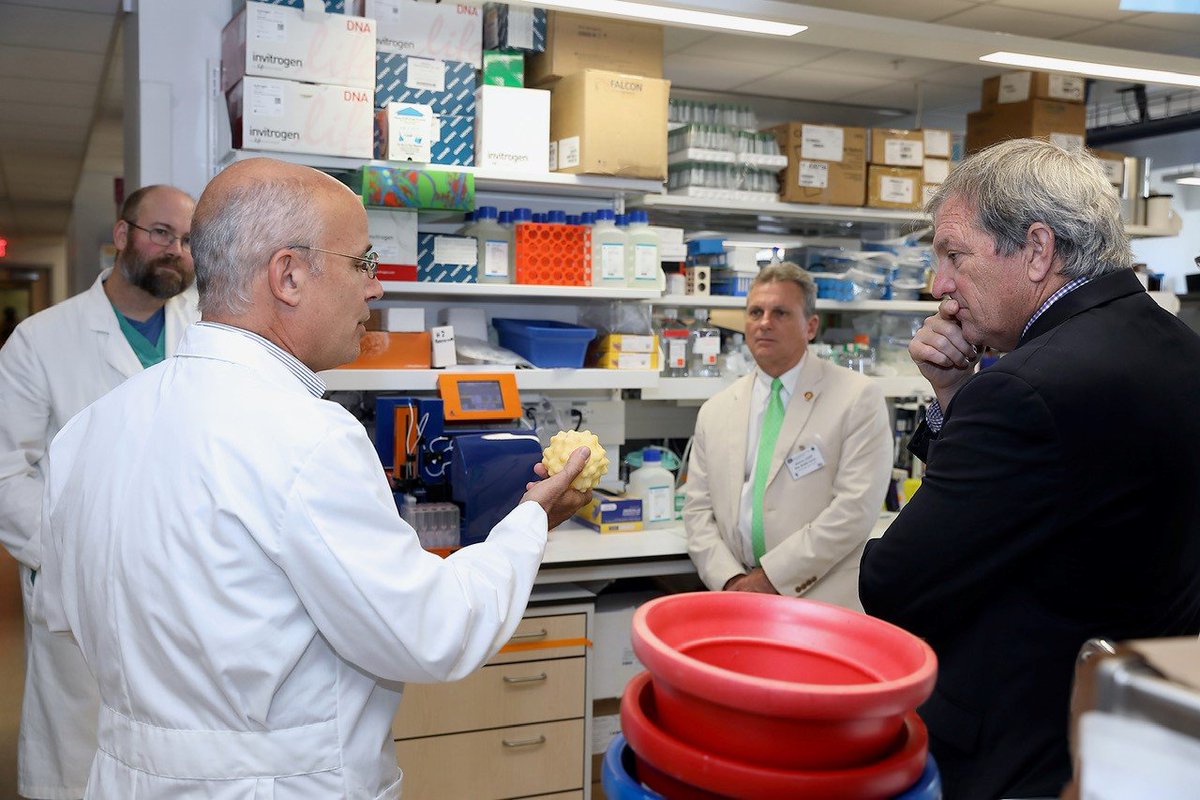 During a July visit, members of the bipartisan Congressional Cancer Survivors Caucus learned about NIH’s cancer-related research. Among their tour stops was the lab of NIDCR intramural scientist John Chiorini, PhD, who discussed his gene therapy clinical trials for patients with cancer therapy-induced dry mouth. Later, NIDCR Clinical Director Janice Lee spoke with the visitors about the link between oral and overall health. 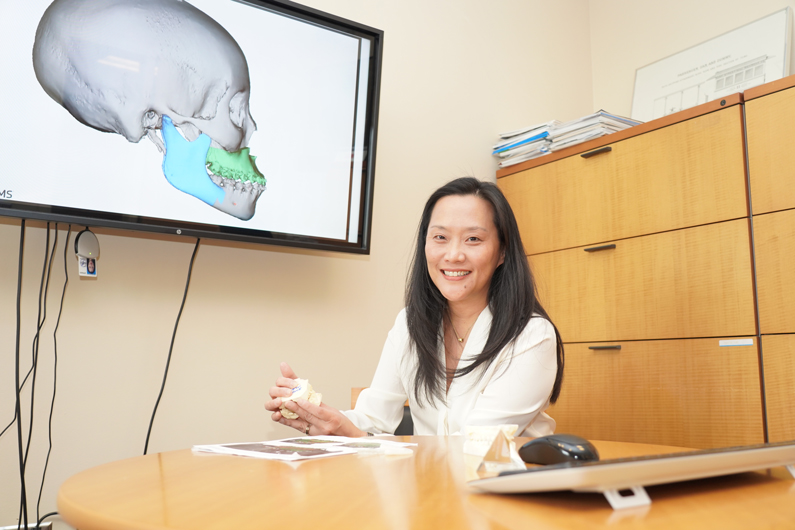 The spring 2019 Clinical Center News features Janice Lee, who conducted a five-hour operation to successfully fix the underbite of college student Trina Davis. Before surgery, Davis had difficulty eating and speaking. "I had to go to speech therapy to figure out how to form my words correctly. Now, I'm able to better pronounce my words the way I want to,” she says. To prepare, Lee worked for weeks with 3D cone-beam computed tomography, which helped her simulate facial surgery.

Advisory Committee to the Director Tackles Range of Major Issues 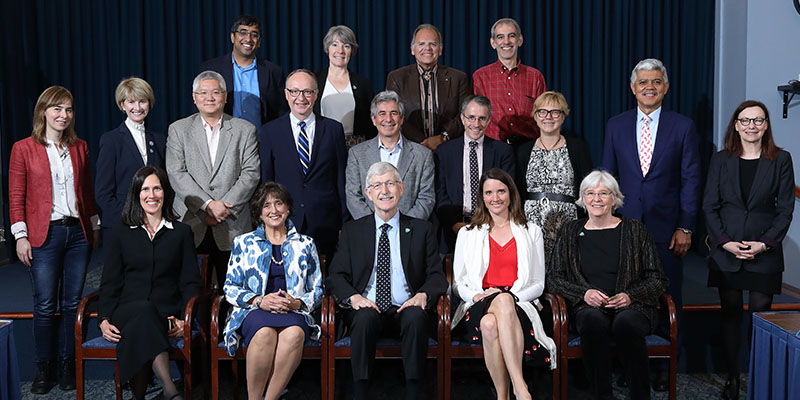 Noting that he has “rarely seen a time where the NIH has found it necessary to tackle so many tough issues facing the biomedical research enterprise simultaneously,” NIH Director Francis S. Collins, MD, PhD, recently cited the efforts of the Advisory Committee to the Director to study specific issues and provide recommendations. Collins shared the actions NIH is taking in several key areas, including artificial intelligence, the Next Generation Researchers Initiative, the High-Risk, High-Reward Programs, changing the culture of sexual harassment, the BRAIN Initiative 2.0, and foreign influences on research integrity. 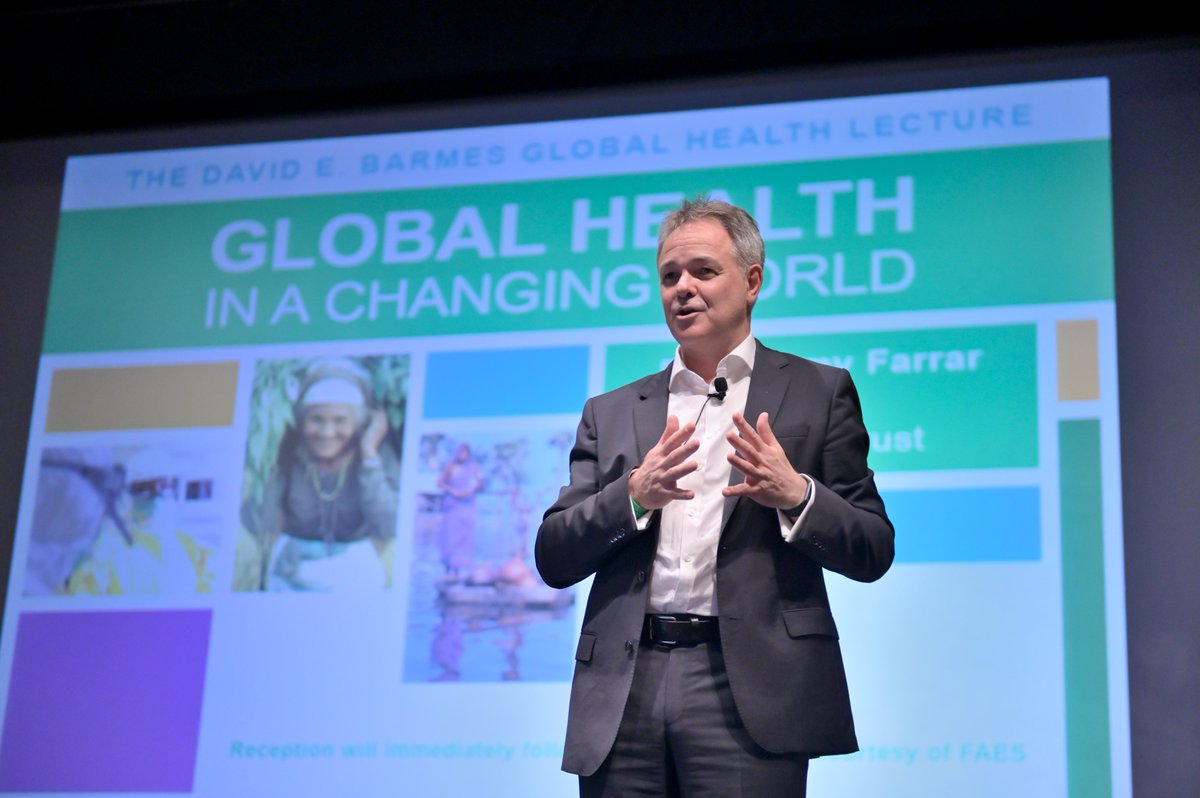 Jeremy Farrar, OBE, FRCP, FRS, FMedSci, director of Wellcome Trust, London, delivered the 2019 David E. Barmes Global Health Lecture on June 19 at NIH. His talk, “Global Health in a Changing World,” highlighted the extent of interconnectivity within the global health research ecosystem. Quoting the late Barmes, a special expert for international health at NIDCR, Farrar said, “Science knows no country.” The lecture series was established by the NIDCR and NIH’s Fogarty International Center in 2001 to honor Barmes’s lifelong dedication to research aimed at improving health for those in low-income countries.

James B. Wyngaarden, MD, who led NIH from April 1982 through July 1989, died in June. In remembering Wyngaarden, NIH Director Collins said he “steered the nation’s biomedical research agency through uncharted seas with extraordinary skill.” His legacy includes tackling the HIV/AIDS epidemic and championing the Human Genome Project from its inception. 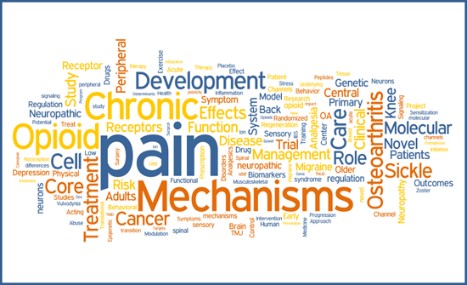 In late spring, the Pain Management Best Practices Inter-Agency Task Force, a federal advisory committee, called for a balanced, individualized, patient-centered approach to managing acute and chronic pain. “There is a no one-size-fits-all approach when treating and managing patients with painful conditions,” said Vanila M. Singh, MD, MACM, task force chair and chief medical officer of the HHS Office of the Assistant Secretary for Health. 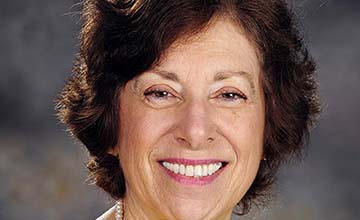 After 40 years of federal service—the last 10 as director of the National Institute of Environmental Health Sciences—Linda S. Birnbaum, PhD, DABT, ATS, is retiring in October. Among her many accomplishments in toxicology and environmental health research, the NIH Director in a statement highlighted her leadership in a trans-NIH research project following the 2010 Deepwater Horizon Oil Spill, and he called her a strong proponent of community-based, participatory research. In 2010, Birnbaum was elected to the National Academy of Medicine, and in 2016 she received the North Carolina Award in Science, the highest civilian honor given by the state’s governor.

Paul A. Sieving, MD, PhD, director of the National Eye Institute, retired from NIH in July. “At NEI, Paul established major clinical programs aimed at preventing and treating eye disease,” says NIH Director Collins. “I have every confidence that these programs will continue to yield great benefits for millions of Americans at risk for vision loss.” In his next chapter, Sieving will be launching a new Center for Ocular Regenerative Therapy at the University of California, Davis. 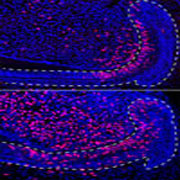 Until recently, researchers did not have reliable clinical markers to predict who would develop a chronic version of a painful facial condition called temporomandibular disorder (TMD). However, findings from the NIDCR-funded Orofacial Pain Prospective Evaluation and Risk Assessment study suggest that people with jaw-related pain and whose jaws click and crunch during examinations are more likely to develop the chronic condition. 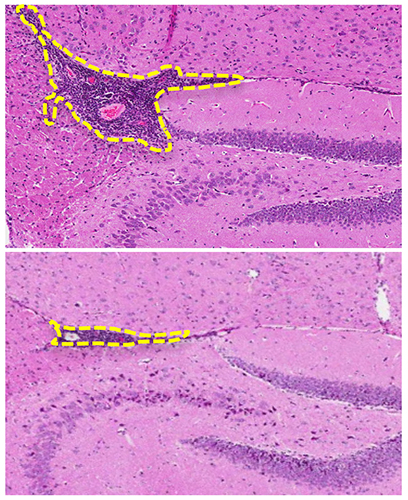 NIDCR intramural researcher Wanjun Chen, MD, and his colleagues used a novel immunotherapy to stimulate regulatory T cells to reprogram the immune systems of mice with experimental autoimmune encephalomyelitis, a disease model for multiple sclerosis. Their experiments, detailed in a recent paper in EBioMedicine, showed that the mice could be cured of disease and their immune tolerance restored. 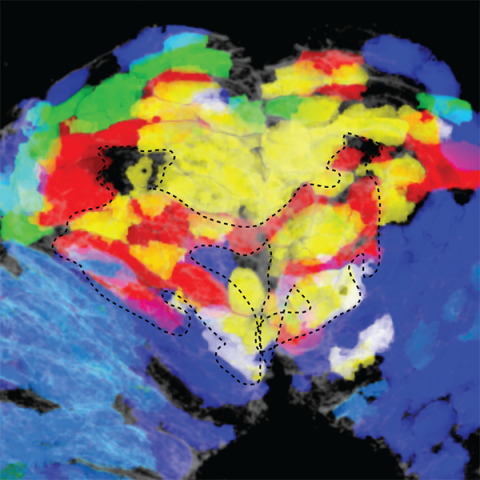 NIDCR intramural scientist Laura Kerosuo, PhD, studies the dynamics of a short-lived clump of cells within the neural crest, a population of stem cells in developing vertebrate embryos that eventually give rise to cells found in facial cartilage and bone, teeth, salivary glands, and heart, nerves, and skin. Her work has shown that a portion of these cells are pluripotent, meaning they are versatile enough to generate nearly all the different kinds of cells in an organism.

An Itch to Scratch 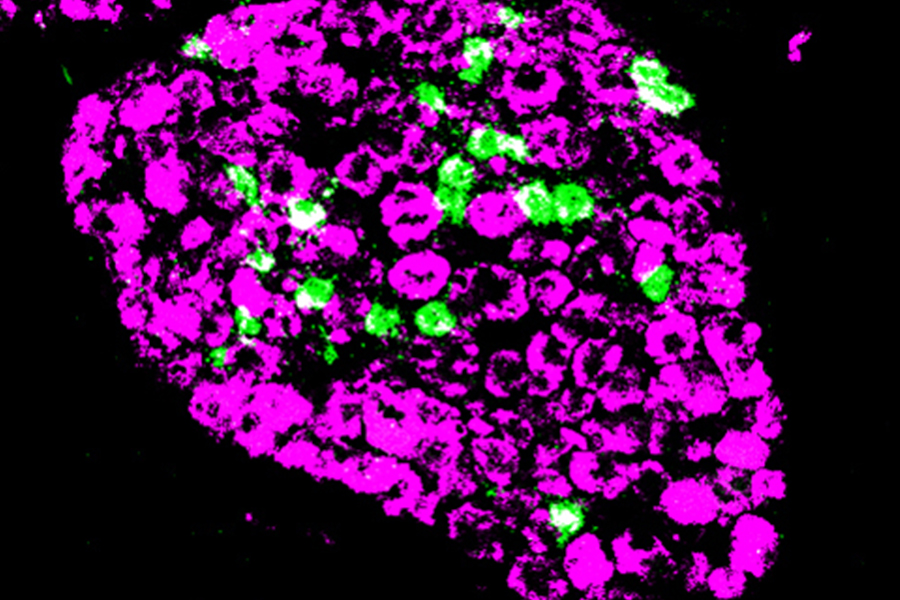 NIDCR intramural researcher Mark Hoon, PhD, and James Inglese, PhD, of NIH’s National Center for Advancing Translational Sciences, led their respective research teams in a collaborative effort to find compounds that might alleviate chronic itch. Using a technique called quantitative high-throughput screening, they looked at 86,000 anti-itch small molecule candidates and found a small subset that are capable of blocking Npr1, a receptor that plays a role in turning on the sensation of itchiness. Their results were reported in Science Translational Medicine.

Another Trick Up the Immune System’s Sleeve: Regrowing Blood Vessels

Time Heals All Wounds, But This Adhesive Can Help

Serotonin Linked to Somatic Awareness, a Condition Long Thought to be Imaginary

From Face to DNA: New Method Aims to Improve Match between DNA Sample and Face Database