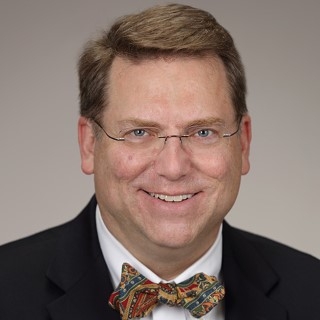 Douglas M. Sheeley, ScD, has been selected to be the deputy director of NIDCR. Dr. Sheeley is an accomplished researcher, educator, and leader who has been with NIH for more than 17 years. He will join the institute on October 16.

Dr. Sheeley comes to NIDCR after having served as senior scientific officer and acting chief of the Biomedical Technology Branch at the National Institute of General Medical Sciences (NIGMS), where he led programs to develop and expand access to new tools for a wide range of areas including proteomics, carbohydrate research, and modeling of infectious disease dynamics. Prior to NIGMS, Dr. Sheeley worked for 11 years (from 2000 to 2011) at NIH’s National Center for Research Resources (NCRR), where he rose to a position as acting deputy director of the Division of Biomedical Technology. Before coming to NIH, Dr. Sheeley was a researcher at Glaxo Wellcome Research & Development.

As a respected expert in biomedical mass spectrometry and structural analysis of both proteins and carbohydrates, Dr. Sheeley regularly contributes his knowledge as an advisor and instructor at NIH and beyond. He headed two NIH Common Fund programs—the Glycoscience Program, where he remains active, and the Technology Centers for Networks and Pathways—and served as a consultant to NIST scientists developing in-house capabilities in carbohydrate sequencing. He has taught mass spectrometry/proteomics courses for the American Society for Mass Spectrometry, George Washington University, and NIH’s Foundation for Advanced Education in the Sciences.

Dr. Sheeley earned his ScD in nutritional biochemistry from Harvard University School of Public Health and his BS in chemistry from Dickinson College in Carlisle, PA. He is also an alumnus of the NIH Executive Leadership Program.​​​