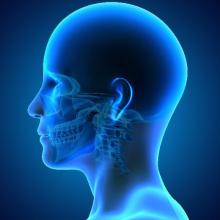 NI​DCR announces two new cooperative agreements aimed at developing resources and strategies for regenerating dental, oral, and craniofacial (DOC) tissues that have been damaged by disease or injury. Totaling $24 million over three years, these awards support the development of two Resource Centers as part of the NIDCR’s Dental, Oral, and Craniofacial Tissue Regeneration Consortium (DOCTRC), an initiative designed to shepherd new therapies through pre-clinical studies and into human clinical trials. The ultimate goal is to develop strategies and devices that could help repair or regenerate damaged DOC tissues, including craniofacial bone, muscle and blood vessels, nerves, teeth, and salivary glands.

"By establishing this research consortium, NIDCR seeks to lead national efforts to accelerate the translation of promising DOC regenerative medicine therapies into the clinic," said NIDCR Director Martha J. Somerman, D.D.S., Ph.D. "DOCTRC is designed as a model for optimizing translation of scientific advances in this field."

To date, few DOC therapies based on regenerative medicine have been commercialized and reached the clinic. A careful analysis of NIDCR's research portfolio identified barriers to the process, and the DOCTRC was established to address them and build on the strength of existing research, using approaches such as:

DOCTRC is composed of three Stages. Stage 1, a one-year planning phase, was successfully completed in 2016. Among proposals submitted for Stage 2, two groups received awards to develop the Resource Centers over the next three years. The Centers will bring together clinical, scientific, industrial, and regulatory experts to develop an infrastructure to deliver high-quality support to Interdisciplinary Translational Projects to be launched during Stages 2 and 3. This support will entail development of standard assays, procedures, and study models to ensure that investigators can uniformly and reliably validate the technologies.

In Stage 3, the Resource Centers will collaborate with both internal and external investigators to move projects to the point of filing Investigational New Drug or Investigational Device Exemption (IND/IDE) applications with the U.S. Food and Drug Administration and launching human clinical trials.

The following RCs will be funded for up to three years: