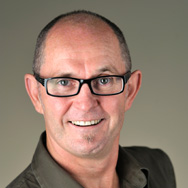 Matthew P. Hoffman, BDS, PhD, has been named scientific director of NIDCR’s intramural research division after a national search. In his new position, Hoffman will provide leadership and managerial oversight for creating and maintaining a productive research environment within the Institute's Division of Intramural Research (DIR). He will continue to serve as senior investigator in DIR’s Matrix and Morphogenesis Section, where he studies salivary gland development toward a long-term goal of advancing potential therapies to repair and regenerate glands and other tissue types.

Hoffman has been with NIDCR for nearly 25 years, serving most recently as deputy scientific director of DIR since August 2016. He’s recognized as not only an outstanding scientist but also a champion for diversity and promoting the next generation of researchers and leaders in the fields of dentistry and medicine.

Hoffman joined NIDCR in 1994 as a postdoctoral fellow studying extracellular matrix and cell differentiation. He then advanced through the ranks, becoming a staff scientist in 2000, a tenure-track investigator in 2004, and a tenured senior investigator in 2011. In 2013, Hoffman was elected a fellow of the American Association for the Advancement of Science. His other honors and awards include the 2015 Distinguished Scientist Award for Salivary Research and the 2009 Salivary Researcher of the Year Award, both from the International Association for Dental Research. In August 2018, he’s slated to receive the NIH Ruth L. Kirschstein Mentoring Award for exemplary performance while demonstrating significant leadership, skill, and ability in serving as a mentor.

A native of New Zealand, Hoffman earned a BDS from the University of Otago in Dunedin in 1986. He worked for two years in a hospital dental clinic in Wellington, and later conducted research on oral plaque and complex microbial communities at the New Zealand Medical Research Council. After receiving a 1989-1993 Fulbright Travel Scholarship to study Candida albicans glycoproteins and adhesion at the University of Rochester, Hoffman received a PhD in microbiology and immunology in 1994.