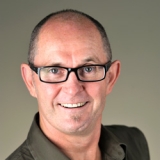 The loss of salivary gland function often occurs in people who are treated with radiation for head and neck cancer and whose glands lie in the radiation field, or have Sjogrens syndrome or certain rare genetic syndromes affecting fibroblast growth factor receptor (FGFR) signaling. Loss of saliva impairs their oral health and reduces their quality of life. Understanding how salivary glands develop provides targets for the repair and regeneration of damaged adult glands. Dr. Hoffman and his colleagues investigate how FGFR signaling in the extracellular matrix regulates gene expression that directs stem/progenitor cells to form a functional salivary gland. Organogenesis involves interactions among multiple cell types, including nerves and salivary cells. Supplying nerves to an organ (innervation) is essential for secretion and regeneration of function after damage. Dr. Hoffman’s research team aims to develop therapies to repair and regenerate glands based on information learned from studying gland development.

Dr. Matt Hoffman received his BDS from the University of Otago Faculty of Dentistry in New Zealand. Dr. Hoffman worked clinically for two years for the Wellington Hospital Board, while doing part-time microbiology research at the Medical Research Council. He received a Fulbright Scholarship to study in the United States, and completed a PhD in microbiology and immunology at the University of Rochester, N.Y. in 1994. Dr. Hoffman began postdoctoral training at NIH studying extracellular matrix and cell differentiation, and established his lab at NIDCR in 2004. Dr. Hoffman’s laboratory studies salivary gland development, by investigating how stem/progenitor cells are directed along a series of cell fate decisions during organogenesis, aiming to identify targets for gene- and cell-based regenerative therapies. Dr. Hoffman is an elected Fellow of the American Association for the Advancement of Science. He was appointed deputy scientific director of NIDCR in 2016, and was named scientific director of NIDCR's division of intramural research in July 2018.