A New Phase for the Science of Behavior Change: Q&A with Melissa Riddle

NIH recently announced the renewal of the Science of Behavior Change (SOBC) program, including the SOBC Resource and Coordinating Center, a national hub for scientists to collect and disseminate resources for rigorous behavioral science. NIDCR is among seven NIH institutes, centers, and offices providing support.

Behaviors—such as oral hygiene practices, smoking, and physical activity—play a key role in determining our health. The SOBC program supports scientists who are working to understand the underlying mechanisms of successful behavior change—in other words, how and why people adopt and sustain healthy behaviors. Once identified, these mechanisms can be used to develop behavior interventions that could improve health outcomes. 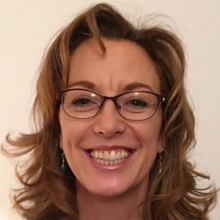 We sat down with Melissa Riddle, PhD, director of the Behavioral and Social Sciences Research Program at NIDCR, to learn more about the program’s latest developments.

Q: Tell us about the SOBC program and what’s new.

Riddle: The Science of Behavior Change program launched about 10 years ago. It involves program staff across NIH working together on a shared vision for behavior change research. We got together originally because behavioral and social scientists from different fields saw that there were some common challenges that we were all tackling, but sort of separately, within our own different silos. So, we joined forces at NIH to talk about how to create a unified science of behavior change program that we could all benefit from.

Riddle: With a lot of expert advice from the scientific community, we decided to focus on understanding the mechanisms underlying successful behavior change, with the idea that those [mechanisms] seem to apply across disease conditions and so across NIH programs. So, what are those mechanisms that could explain behavior? A couple examples thought to be big drivers of behavior include self-efficacy — a person’s belief in their ability to take effective action in a given situation — and ability to cope — how effectively someone deals with problems in life. We can imagine, for example, that if a person’s ability to cope is an important driver of how they deal with health conditions, better scientific understanding of coping could inform behavior interventions across lots of situations, whether someone is dealing with adhering to HIV medication, or trying to stop smoking, or helping a child through a series of surgeries when they are born with a craniofacial anomaly. Those are just a few examples.

Q: And what does this latest announcement mean?

Riddle: The SOBC is transitioning from the incubator space of the NIH Common Fund in the Office of the Director to being supported and managed by seven NIH institutes, centers, and offices (ICOs), including NIDCR. It means that the NIH programs involved in developing the program over the past 10 years see value in continuing it. It also means that the essential Resource and Coordinating Center (RCC) for the SOBC program will continue to be available to the broad research community. For investigators interested in taking a mechanistic approach — scientifically examining the mechanisms that drive behavior — experts from the SOBC community will be available to help. And this is especially great for the NIDCR research community, since our behavioral and social sciences research program emphasizes the study of causal mechanisms of behavior.

Riddle: The before picture looks like a silo approach to behavior change, where basic behavioral and social scientists would study the mechanisms and processes that underlie behavior. Separately, clinical scientists would develop and test behavior change interventions without really looking at mechanisms. These two communities were working on some of the same questions: What is it that makes somebody able to manage incredible stress? How do we understand how people prioritize health behaviors? The really important questions! Two disciplines, two different groups of scientists, tackling the same questions in different ways and not really talking to each other or learning from each other as much as they might.

Q: So, some of this is about not duplicating effort?

Riddle: Yes, that’s a big part of it. In SOBC we sometimes say that we're trying to build a cumulative science of behavior change. We’re trying to build on what we’ve learned in the past, rather than starting fresh every time we come to a health problem that has a behavioral component, which most of them have. And, certainly when it comes to dental and oral health, behavior is a big component of maintaining health and addressing disease. So, without understanding the basic mechanisms of why a behavioral intervention works, we get a “proliferation of interventions,” where each study tests an intervention that is different enough from the others that it is considered new, but where we can’t actually judge whether that new intervention adds value, because we don’t measure why the behavior changes made a difference. It’s not a very efficient way to catalyze behavior change. But taking a mechanistic approach allows for each study to teach us a little bit more about how to maximize behavior change, building on what we’ve learned before.

Q: If I am a researcher, how do I access the accumulated mechanistic data the SOBC harvests?

Riddle: We encourage researchers who are planning clinical trials of behavioral interventions to incorporate mechanistic tests into the study design and method. So, in addition to testing the effectiveness of the intervention, the trial can also address the questions, “How does this intervention work? Does it work in the ways we would predict?”

Q: And why is that important?

Riddle: It is incredibly important down the line when we attempt to move these interventions into practice, since there's usually a huge time lag between figuring out whether an intervention is effective and getting it implemented into practice. This has always been a challenge for any sort of treatment, including behavioral treatment. And of course, when we send out an efficacious intervention into the world, healthcare providers will need to adapt it to a particular setting or health system and its unique resource constraints.

Q: Can you walk me through a little pretend case study? In a perfect world, I'm a researcher and I'm going to benefit from the program, right? Walk me through an example of how I might, in my study design, benefit given the program.

Riddle: Sure, so, I'll give a variation on a real example. One of the challenges that we have in oral health is making sure kids are getting proper oral hygiene. For young kids, of course, that falls into the hands of parents or caregivers. So, let’s say you’re a scientist interested in developing an intervention to support parents in taking care of their children's oral health. Without a mechanistic approach, it would look like you’re developing and testing an intervention, pulling together pieces that others have delivered in the past, and then testing whether kids' oral health improved as a result of it.

But if you are paying attention to mechanisms, you would be guided by questions like, “What do parents need to help take care of their child’s oral health? Can I develop an intervention that specifically addresses those needs? When we deliver the intervention, did we actually address that challenge? And if we address that challenge, did it lead to better oral health?” If the intervention works, you’ll know why, at least in part. And if it doesn’t work, you’ll also know where it went wrong, and problems can be addressed.

Q: So, it's eliminating a lot of the variability that's introduced when you're kind of guessing at the mechanisms as you go in terms of your study design. This is probably a crude analogy, but it would be akin to if you were a contractor and you were erecting a building and you order a bunch of load bearing beams that you're going to use in the construction project. It would be as if, at that moment, you decide to test whether the beams can successfully handle certain weights. Why would you do that? You’d instead want the beams to come with an assurance that's already been factored in before you add them to your building’s design.

Riddle: Yes, exactly! I love that! In a typical study, we have all sorts of beams — which are our ideas about how to support people in their oral health — and the assumption is we'll put all the beams in there and it kind of doesn't matter what's load bearing or not as long as it works. And that's OK to a point, if your point is to build a building, and you have unlimited resources. But apply those principles to building a city, and well, pretty soon you’ll want to know what's necessary and what's not, and what has to be in the design versus what you can change. Then you can have a variety of buildings that stand tall, but still get the job done.

Q: So, it's sort of like open source coding for software? You're making this available so that other people can use it to build upon it?

Riddle: Yes, although the method we use — statistical mediation, basically — was “open source” long before SOBC. Statistical mediation seeks to understand the mechanism or process that underlies an observed relationship between two variables — similarly, we’re trying to understand mechanisms, such as ability to cope, that explain why a given behavior affects a given health outcome. So, we're actually encouraging an approach that is already out there, but just not as widely used as we think it should be.

The newly announced transition of the SOBC includes continued support for the SOBC RCC by the seven NIH ICOs I previously mentioned. The RCC has developed, and will continue to make available, a repository of inventory items to measure potential causal mechanisms that investigators can incorporate into their own clinical studies. Such measurement tools are necessary for a mechanistic approach to behavior change research. The repository is searchable and will become more interactive, so researchers can add to it as they develop their own measurement tools. The RCC also offers researchers expert consultation on taking a mechanistic approach in clinical studies. I’m looking forward to connecting our community to these great resources!