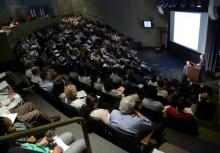 NIDCR will host a craniofacial research symposium, “Looking Back and Facing the Future:  From NIDR to NIDCR” on Monday, May 6, from 8:30 a.m. to 4:15 p.m., Lipsett Amphitheater (Building 10), on the NIH campus in Bethesda, Md. The event will showcase research accomplishments in craniofacial biology, from basic science to clinical applications, and commemorate the addition in 1998 of “Craniofacial” to the Institute name.  Stay tuned to NIDCR’s website for additional details. 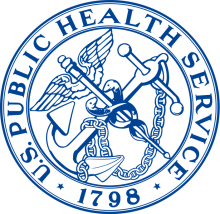 NIDCR is the lead federal organization working with Surgeon General Jerome M. Adams MD, MPH, to produce a new report on oral health. On January 10, 2019, NIDCR offered a webinar, viewed by over 1,700 people, outlining the Institute’s process for developing the new report. During a subsequent two-week period, interested members of the public were invited to contribute comments and ideas. NIDCR will carefully consider all submitted comments and may include relevant information in the upcoming report. 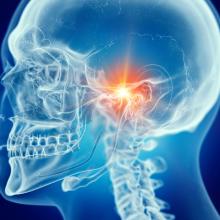 On January 28, NIH Principal Deputy Director Lawrence Tabak, DDS, PhD, and NIDCR Director Martha Somerman, DDS, PhD, accompanied by NIDCR staff, delivered a charge to the National Academy of Sciences (NAS) Committee on Temporomandibular Disorders to develop a consensus report on the condition. The expert committee will assess the current state of knowledge about temporomandibular disorders (TMD), safety and efficacy of treatments, and burden and costs associated with TMD. The report will provide recommendations for enhancing research, training, and education to enable development of effective, evidence-based therapies. On March 28-29, NAS will host a second meeting, a portion of which will be open to the public.

On February 25, NIDCR hosted representatives from the Friends of NIDCR Patient Advocacy Council, an umbrella group comprising non-profit organizations that work together to advance dental, oral, and craniofacial health research and to move that research from the lab to the clinic. The meeting included presentations from NIDCR senior staff and a tour of two NIDCR intramural research labs and the NIH Dental Clinic. The visit aimed to foster an ongoing conversation around patient needs and research advances, gaps, and opportunities.

Ending the HIV Epidemic: A Plan for America 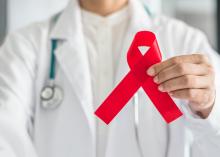 In his State of the Union address February 4, President Donald J. Trump announced his public health initiative to end the HIV epidemic in America. The effort was described in detail in a February 7 Journal of the American Medical Association editorial by the directors of several US Department of Health and Human Services (HHS) agencies, including NIH’s National Institute of Allergy and Infectious Diseases. The initiative aims to reduce incident infections in the US by 75% within 5 years, and then by 90% within 10 years. This effort will leverage critical scientific advances in HIV prevention, diagnosis, treatment, and care by coordinating the programs, resources, and infrastructure of the NIH and other HHS agencies.

As part of NIH’s effort to identify areas of greatest opportunity for research to address the national opioid crisis, NIH Director Francis Collins, MD, PhD, recently announced a plan to award more than $850 million in fiscal year 2019 in support of the Helping to End Addiction Long-term Initiative. NIDCR has been involved in many HEAL Initiative efforts, including development of funding opportunities that reflect the full spectrum of research from basic science to implementation research and that garner expertise from almost every NIH institute and center. As a result, NIDCR-supported investigators have an opportunity to contribute to a broad array of research, spanning orofacial pain research to preventing opioid use disorder. NIDCR Director Martha Somerman, DDS, PhD, along with other NIH institute and center directors, serves on the HEAL Initiative Executive Committee, which is responsible for final decisions regarding HEAL Initiative research. 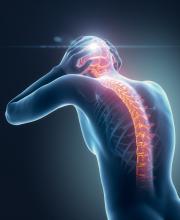 The Pain Management Best Practices Inter-Agency Task Force on December 28 issued a draft report calling for individualized, patient-centered pain management for the millions of individuals who experience acute and chronic pain. The Task Force, a federal advisory committee overseen by the HHS, Department of Veterans Affairs, and Department of Defense, was established by the Comprehensive Addiction and Recovery Act of 2016. Members of the public will have 90 days to provide comments on the proposed recommendations.

Data from two surveys show that America’s teens reported a significant increase in their use of vaping devices in 2018. According to the 2018 Monitoring the Future survey of a nationally representative sample of eighth, 10th and 12th graders in schools nationwide, 37.3 % of 12th graders reported “any vaping” in the past 12 months, compared to 27.8 % in 2017. The annual survey, led by University of Michigan scientists, is funded by NIH’s National Institute on Drug Abuse. Data from the Centers for Disease Control and Prevention and the Food and Drug Administration’s National Youth Tobacco Survey showed that more than 3.6 million middle and high school students had used e-cigarettes within the previous month, an increase of more than 1.5 million students since 2017. Surgeon General Jerome M. Adams MD, MPH, subsequently issued an advisory stressing the importance of addressing youth e-cigarette use, citing the adverse effects of nicotine addiction and its associated health risks.

Francis Collins issued a statement citing deep concern about work presented by Chinese scientist He Jiankui, PhD, describing his efforts to use gene-editing to disable the CCR5 gene in human embryos. He claimed that the two embryos were subsequently implanted, and infant twins were born. Collins stated that NIH does not support the use of gene-editing technologies in human embryos, citing the need for development of binding international consensus on limits for this research. 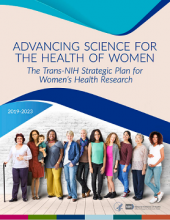 The NIH Office of Research on Women’s Health recently released its 2019-2023 strategic plan. The five-year plan is a multipronged pathway to advance a vision in which sex and gender influences are integrated into the biomedical research enterprise; every woman receives evidence-based disease prevention and treatment tailored to her own needs, circumstances, and goals; and women in science careers reach their full potential. 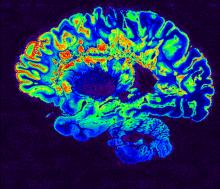 NIH announced funding of more than 200 new awards, totaling over $220 million, through the Brain Research through Advancing Innovative Neurotechnologies Initiative, a trans-agency effort to arm researchers with revolutionary tools to understand the neural circuits that underlie the healthy and diseased brain. NIH is trying to leverage some BRAIN Initiative advances to help tackle the pain and opioid crisis. BRAIN is part of the 21st Century Cures Act, and the new awards bring 2018 support for the program to more than $400 million, which is 50 % more than the amount spent in 2017. 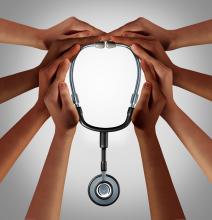 In an American Journal of Public Health special issue, National Institute on Minority Health and Health Disparities staff and other experts within and outside NIH, including NIDCR, outline research strategies to improve minority health and reduce health disparities. The special issue is the culmination of an NIH-wide, two-year science visioning process led by NIMHD to determine the science needed to address health disparities. The strategies will guide the implementation of the NIH Strategic Plan on Minority Health and Health Disparities in the next five years. 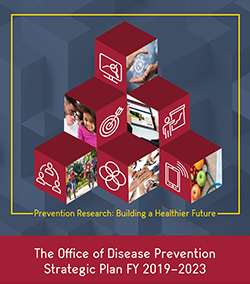 The NIH Office of Disease Prevention recently released its 2019-2023 strategic plan, which includes six strategic priorities to guide ODP activities over the next five years. Three cross-cutting themes represent areas of opportunity for the ODP to develop new activities and better integrate disease prevention into trans-NIH initiatives. The themes are: causes and risk factors for premature morbidity and mortality, health disparities, and dissemination and implementation research.

A program at NIH to provide hands-on laboratory experience to undergraduate students from across the US will continue for another four years, thanks to a grant from the Amgen Foundation to the Foundation for the National Institutes of Health. The Amgen Scholars Program at NIH aims to break down barriers for many students who otherwise would not have the opportunity to engage in science at the world’s top educational and research institutions. 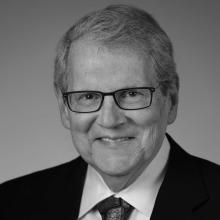 On December 20, 2018,  Francis Collins announced the death of Stephen Katz, MD, PhD, the long-time director of the National Institute of Arthritis and Musculoskeletal and Skin Diseases. Katz came to NIH in 1974 as a senior investigator in the Dermatology Branch at the National Cancer Institute, where he initiated a highly productive research program in the immunology of skin diseases. Six years later, Katz was appointed branch chief and, in 1995, was named director of NIAMS. Over the years he led an institute that made major contributions to research across a broad portfolio of disorders that affect millions of Americans.

Noni H. Byrnes, PhD, became the director of the NIH Center for Scientific Review (CSR) on February 17. Byrnes served as acting director of CSR since the retirement of former director Richard Nakamura, PhD, in May 2018. Byrnes has worked at CSR since 2000, when she started as a scientific review officer. Prior to joining NIH, Byrnes worked in the pharmaceutical industry. She earned her bachelor’s degree in chemistry from Allegheny College, Meadville, Pennsylvania, and her PhD in analytical chemistry from Emory University, Atlanta.

Bacteria that Glide with the Greatest of Ease 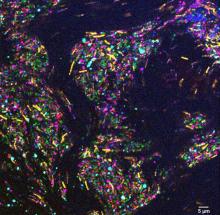 An NIDCR-supported study published in Proceedings of the National Academy of Sciences reports that common oral bacteria can shape their communities in part by their ability to glide over surfaces and transport other types of bacteria that can’t move on their own. These gliding processes may contribute to formation of oral biofilms such as dental plaque. According to study author and Harvard postdoctoral researcher Abhishek Shrivastava, PhD, understanding how such bacterial communities form could lead to new ways to prevent or treat a variety of conditions, including periodontal disease.

Older Americans Are Keeping More of Their Teeth

Older adults are retaining more natural teeth than in previous decades, and complete tooth loss continues to decline, according to an analysis by NIDCR scientists published in the January issue of the Journal of the American Dental Association. Despite overall progress in tooth retention, however, some disparities were seen. The study assessed data representative of the US population between 1999 and 2014 as part of the National Health and Nutrition Examination Survey.

Patients with Facial Pain Report Most Benefit from Self-Care Techniques