Older Americans Are Keeping More of Their Teeth

Promising oral health trends for ages 50+, despite some disparities 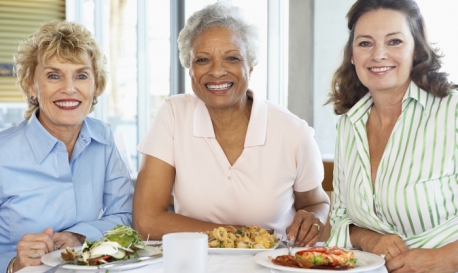 Eating plenty of nutritious foods, such as crisp apples and crunchy salads, is one way to stay healthy as we age. But for the millions of older adults in the U.S. who are missing some or all of their teeth, many fruits, vegetables, nuts, and meats are off the table, making it hard to enjoy eating and stay well-nourished. Missing teeth may also cause people to feel self-conscious and can impair social interactions. Overall, having enough teeth is important for well-being and healthy aging.

Fortunately, older adults are keeping more of their natural teeth than in previous decades, and complete tooth loss continues to decline, according to an analysis by NIDCR scientists published in the January 2019 issue of the Journal of the American Dental Association. Despite overall progress in tooth retention, some disparities were seen. The study assessed data representative of the U.S. population between 1999 and 2014 as part of the National Health and Nutrition Examination Survey.

“It’s good news that older Americans are keeping more of their teeth, because past studies have found that tooth loss can reduce quality of life,” says Bruce Dye, DDS, MPH, a dental epidemiology officer at NIDCR and first author on the paper. “Retention of natural teeth also means that dental care may need to evolve to meet the challenges that an older population presents.”

Dye and colleagues examined changes in tooth loss in adults ages 50 and older between the time periods 1999-2004 and 2009-2014. The researchers found that more adults are keeping all their teeth (from 14% to 21%) and that the number of adults experiencing complete tooth loss declined significantly (from 17% to 11%) between the time periods studied. These improvements were true mainly of nonpoor adults, however. While non-Hispanic black participants had higher rates of complete tooth loss than their Hispanic and non-Hispanic white counterparts, the prevalence of complete tooth loss among black participants declined overall between the two time periods. Because some oral health disparities persist, the authors say, efforts to promote oral health should address the needs of older adults in the affected groups.