Experts estimate that more than 53,000 Americans this year will be diagnosed with head and neck cancers, and certain types that arise in the oral cavity are becoming more prevalent. Clinicians have had limited success treating the disease in its advanced stages. That’s because existing therapies treat only the tumor itself, and not its microenvironment, the network of connective tissue, blood vessels, cells, and molecules that surround it. Effective treatments must target both the tumor and its microenvironment, which mutually support each other through constant chemical crosstalk.

Nerves infiltrate this cancerous environment early on. Recent evidence suggests nerves play a role in cancer development and progression, and that they could be targets for new therapies. So far though, progress has been stymied by scientists’ lack of understanding of how cancer-associated nerves arise and promote tumor growth.

Now, an NIDCR-supported study at MD Anderson Cancer Center reports a significant advance on this front. Researchers discovered that loss of the tumor-suppressing TP53 gene allows tumor cells to send genetic messages that transform nerves into cancer-promoting agents. The findings were featured on the cover of the February 20 issue of Nature. Support for the study also came from the National Center for Advancing Translational Sciences through the NIH Common Fund's Extracellular RNA Communication program.

The scientists began by analyzing patient data and found that TP53 mutations and high nerve density in oral cancer tissue were associated with earlier death. TP53 is the most commonly mutated gene in head and neck cancer. Its protein product, p53, is a tumor suppressor that acts as a brake on cancer growth. This function is lost when tumor suppressor genes are mutated, enabling tumors to grow unrestrained. The scientists suspected a connection between p53 loss and enhanced nerve density, and they set out to explore it.

The researchers found that in mouse models of oral cancer, animals lacking p53 had denser nerve networks around their tumors compared to control mice with p53. In cell culture experiments, sensory neurons developed projections called neurites when exposed to p53-deficient oral cancer cells. Sensory nerves are highly abundant in the oral cavity and convey touch, texture, and taste. The results suggested that loss of p53 in oral cancer enhances nerve growth and density in the tumor microenvironment. 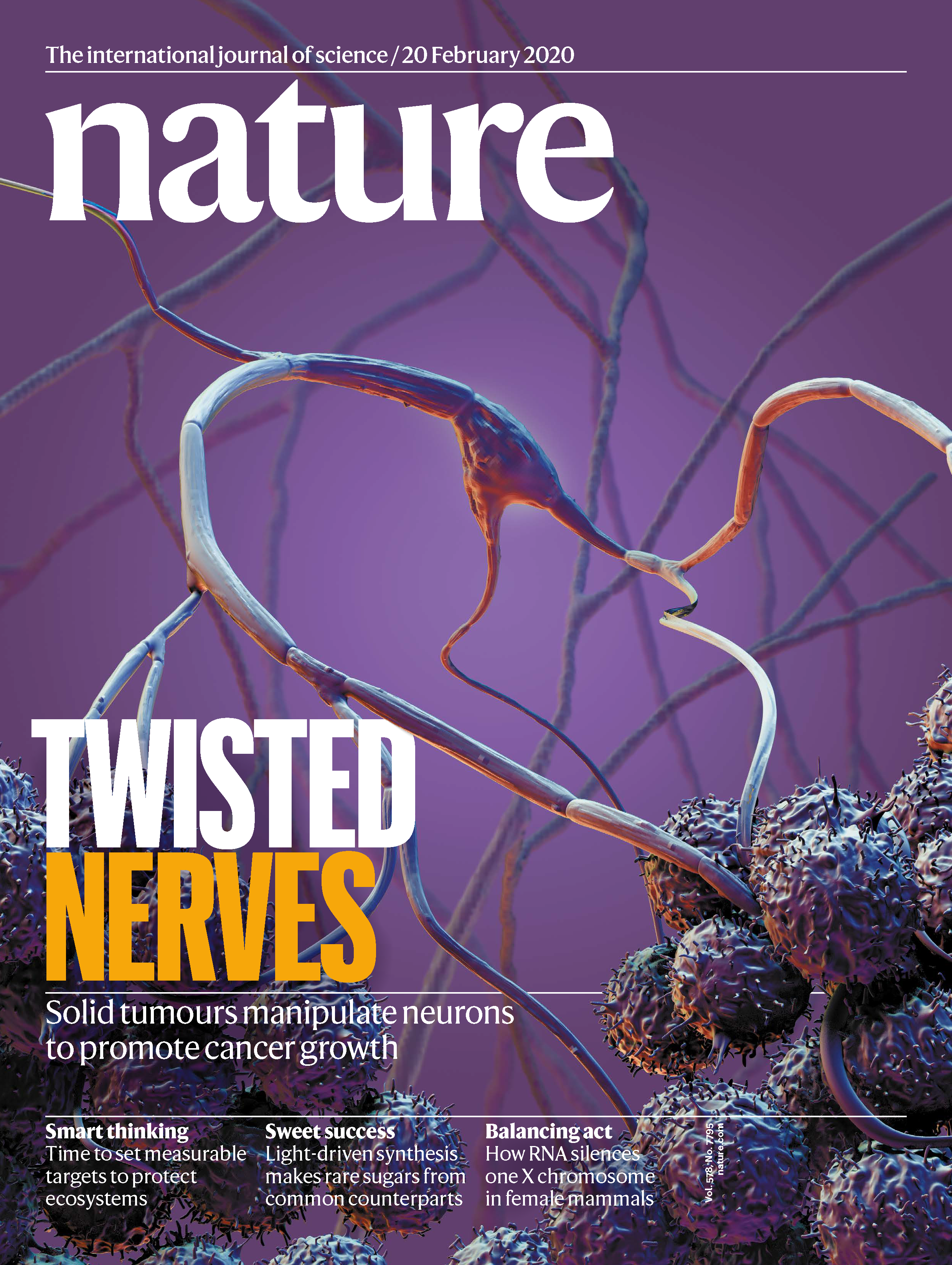 The scientists performed genetic sequencing to see how cancer-derived microRNAs affect sensory neurons. The researchers found evidence that the microRNAs could nudge sensory neurons to reduce their normal gene activity and adopt genetic characteristics of a different class of nerves known as adrenergic neurons, which are usually rare in the oral cavity. In both mice and humans, adrenergic nerve fibers were denser in p53-deficient oral tumor tissue.

Adrenergic nerves can trigger the body’s "fight-or-flight" response by releasing stimulating chemical messengers. Previous work has shown that they can also promote tumor progression in other cancers.

It seemed that the cancer signaling was shifting the nerves toward an adrenergic, pro-cancer state.

Consistent with this idea, when the researchers blocked adrenergic signaling in mice, either by disabling sensory nerves or giving adrenergic-blunting compounds, the tumors were slower-growing, smaller, and surrounded by fewer adrenergic-like neurons. On the other hand, human patients with higher densities of adrenergic neurons in their oral tumors had lower survival rates.

"We discovered a novel mechanism by which loss of p53 in oral cancer cells leads to genetic reprogramming of sensory neurons into cancer-promoting nerves," says Amit. "This new understanding places us in a better position to develop impactful, rational treatment approaches that address tumor-neural signaling."

In addition to NIDCR, support for this study came from the National Center for Advancing Translational Sciences (NCATS) through the NIH Common Fund Extracellular RNA Communication program, National Cancer Institute (NCI), and the National Institute of General Medical Sciences (NIGMS).