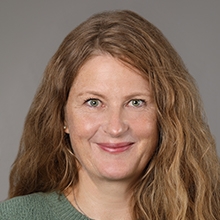 I received my PhD in stem cell biology from the Faculty of Medicine at The University of Helsinki, Finland. My graduate work focused on characterization of regulatory functions in mouse neural stem cells. I then continued as a Post Doctoral Fellow at the California Institute of Technology where I initiated my research on stem cell characteristics of the neural crest by adopting the early chicken embryo as my model system. My postdoctoral work in Professor Marianne Bronner’s laboratory demonstrated that neural crest cells, despite their transient nature, maintain a premigratory stem cell niche of self-renewing and pluripotent cells located in the dorsal neural tube. I made this discovery by creating novel techniques such as developing crestospheres, an in vitro method to maintain neural crest stem cells in a self-renewing state. Furthermore, I had the opportunity to be a part of a collaboration with biophysicists, which led to the development of Spatial Genomic Analysis, a single molecule fluorescent in situ hybridization (smFISH)-based multiplex transcriptome analysis that revealed a pluripotent stem cell niche embedded in the neural crest progenitor domain in the dorsal neural tube. By studying fate choices during early neural crest specification, I also proposed a hypothesis for onset of neuroblastoma, the pediatric neural crest derived cancer, at a much earlier time point than previously assumed. Based on these findings, I established my lab, the Neural Crest Development and Disease Unit at NIDCR in July 2018 where I continue to pursue research on the molecular mechanisms of neural crest stemness in normal development and in neurocristopathies.

Laura’s quote: "If only could I spend a day swimming in a neural crest cell to see how it all actually works." 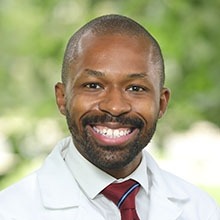 My goal is to become a leading clinician-scientist in the field of craniofacial development and craniofacial anomalies studying the genetic and molecular basis for craniofacial defects in order to develop innovative therapeutic strategies.

I completed the DDS/PhD program at the University of California, San Francisco (UCSF) in 2020, graduating with honors and inducted into the Omicron Kappa Upsilon National Dental Honor Society. My PhD work in the lab of Dr. Jeremy Reiter uncovered how primary cilia regulate development of the facial midline. I'm happy to return to NIDCR as a Dental Clinical Research Fellow to build upon my love for developmental biology sparked during my time at a post-baccalaureate IRTA in the lab of Dr. Matthew Hoffman. Working jointly in the Kerosuo and Werner labs, I have embarked upon an exciting scientific adventure identifying novel ubiquitination pathway components involved in craniofacial bone and cartilage formation from neural crest cells.

Shaun’s quote: "I am thrilled to embark on an adventure unlocking new insights into neural crest development. I am especially excited to study a stem cell population giving rise to cell types as diverse as the intersectional identities I bring to the lab and NIH/NIDCR." 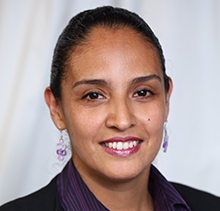 My research interest is focused on the mechanisms by which cell de-differentiation and cell identity are regulated.

During my PhD and as a postdoctoral fellow at National Eye Institute, I developed a strong interest in regenerative medicine studying the signals and mechanisms that control cell identity.

Karla’s quote: "Thrilled to unravel the secrets of cell identity and pluripotency of the neural crest cells every day in the lab." 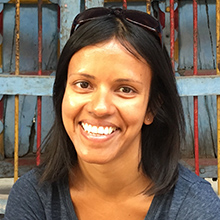 My long-term research interest lies in understanding cellular specification and commitment during development of a cell lineage. During my graduate training in the Baker lab at the University of Cambridge, I studied the development of a derivative of the neural crest, the olfactory unsheathing cells (the specialized glial cells of the olfactory system) using a laser-microdissection and transcriptome-profiling approach. As a postdoc in the Kerosuo lab, my project studies the differentiation of neural crest derivatives in cranial sensory ganglia to gain a better understanding of neural crest cell fate decisions. I have also started to work on a project on McCune Albrigt’s Syndrome (MAS) to elucidate the role defects in neural crest derived tissues play in the disease. I started in the lab in August 2019.

Surangi’s quote: "The more I learn about neural crest cells, the more questions I have about these remarkable cells and their joyride through the embryo." 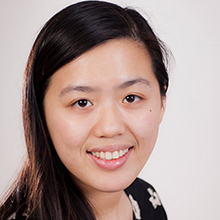 I graduated in June 2018 with a Bachelor of Science in Biology from The California Institute of Technology and joined the Kerosuo lab as a postbac. My studies focus on understanding neural crest stem cell regulation and a potential initiation mechanism for neuroblastoma using both human embryonic stem cell and chicken models. I started medical school in 2019 by joining the MD/PhD program at the University of Alabama and will return to NIH in 2022 for my PhD, which will be followed by research at the University of Cambridge, UK, via the NIH Graduate Partnership Program (GPP). Broadly, my research interests lie in developmental, stem cell, and cancer biology. Thus, in the future, my goal is to build a career in biomedicine by unraveling novel molecular mechanisms to be utilized in development of regenerative or cancer therapies.

Jenny’s quote: "My goal in life is to have as broad of a potential as the neural crest." 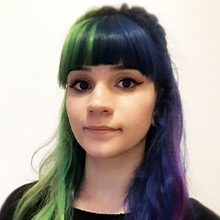 I obtained my Bachelor’s degree in Biology at the University of Istanbul, Turkey. I then continued my studies at the University of Helsinki, Finland, and graduated with a Master’s degree in Neuroscience in 2016. The aim of my PhD project in the Kerosuo Lab is to understand cell-to-cell heterogeneity within the NC stem cell niche. How do NC cells regulate their stemness at different axial levels from head to toe? Do NC stem cells already reflect their future fates? In order to answer these questions, my project uses Spatial Genomic Analysis (SGA), a novel smFISH-based imaging technique, that analyses expression of tens of genes with single cell resolution in complex tissues without compromising the cellular architecture. Multiplexing is based on serial hybridization rounds, and a machine learning algorithm-based cell segmentation together with dot counting of individual RNA transcripts guarantees high accuracy of this quantitative method. I enjoy my project that combines wet lab, high resolution imaging and a good amount of computational science.

Ceren’s quote: "My passion is to reveal secrets of neural crest heterogeneity one line of code at a time." 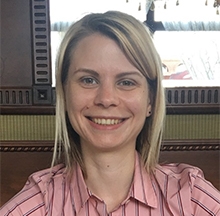 I got my Bachelor’s degree in bioengineering from the University of Szeged, and Master’s degree in medical biotechnology from Pázmány Péter Catholic University in Hungary, and I’m currently a PhD student at Semmelweis University aiming to understand cellular mechanisms in DiGeorge syndrome, which is caused by the deletion of a small segment of chromosome 22. While the symptoms can vary, they often include congenital heart problems, specific facial features, frequent infections, developmental delay, learning problems and cleft palate. I have generated an in vitro disease model for DiGeorge syndrome by establishing induced pluripotent stem cell lines from members of a family with DiGeorge syndrome patients and healthy relatives. My PhD work so far has focused on the cardiovascular aspects of the disease, and I joined the Kerosuo Lab at the end of 2020 as a visiting GPP graduate student to investigate neural crest defects in the disease.

Tunde's quote: "The most fascinating thing about stem cells is the diversity of forms they can be transformed into. Looking at them in the microscope has a healing effect for my soul, like meditation." 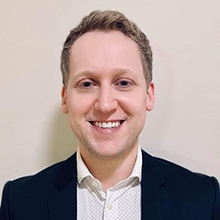 I completed a Master of Health Science in biochemistry and molecular biology from Johns Hopkins University, where I also completed their Humane Sciences program that emphasizes the use of human-based models of research. I wrote my thesis on stem cell regulation, aging, and therapeutic potential where I reviewed the mechanisms that underly mammalian aging. During my graduate study I also worked to visualize Lats1 kinase, a key protein in the Hippo signaling pathway which is intricately intertwined with stem cell proliferation pathways. My current research focuses on investigating the nature and impact of stem cell pluripotency factors in the neural crest using computational approaches such as 3D live-imaging analysis of hESC-derived ectodermal organoids as well as RNA-seq analysis with the chick embryo model. In the future I hope to continue using my computational background to elucidate the nature of the neural crest, with the hope of revealing its therapeutic potential and contributing to the field of regenerative medicine.

Bradley’s quote: "The neural crest holds great therapeutic potential, but it can also serve as a guide to life. Like the neural crest, let us strive to be diverse, a little bit mysterious, and highly prolific." 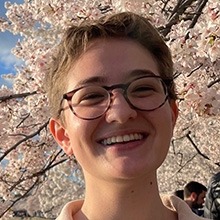 I graduated in 2021 with a Bachelor of Science in Molecular, Cellular, and Developmental Biology from Yale University. For my senior thesis I studied epigenetic regulation in the fly ovary’s germline and follicle stem cells. I joined the Kerosuo lab in August 2021 as an IRTA postbac, where I’m excited to return to development. I work with Karla to understand the mechanisms that regulate stemness in neural crest cells. More specifically, we use the lab’s in vitro neural crest model to look at the role of pluripotency factors in neural crest formation and potency.

Hannah’s quote: "The neural crest reminds me that there’s still so much we don’t yet know about the amazing process of development." 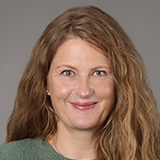