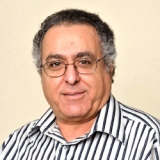 Dr. Muallem’s lab studies epithelial transport, specifically in exocrine physiology, and the regulation of enzymes, fluid, and electrolyte secretion by epithelial cells. One focus is calcium (Ca2+) signaling in glandular cells that secrete digestive enzymes and antibacterial peptides that are essential for control of the oral cavity and gut microbiome. The lab studies the gating mechanism governing plasma membrane Ca2+ channels and its role in inflammatory autoimmune diseases such as pancreatitis and Sjögren's syndrome. His group investigates bicarbonate (HCO3-) transporters in ductal HCO3- secretion, which is vital for the function and health of all secretory glands. Defective regulation of HCO3- secretion occurs in many epithelial diseases including cystic fibrosis, Sjögren's syndrome and pancreatitis. Dr. Muallem’s lab combines electrophysiological and imaging techniques with molecular and biochemical approaches to study the organization of Ca2+ signaling at membrane contact sites and the molecular mechanism of ductal fluid and HCO3- secretion.

Dr. Shmuel Muallem received a PhD from the Weizmann Institute in Israel, where he studied the plasma membrane calcium pump. His post-doctoral work was first at Cambridge University, England and then at University of California, Los Angeles (UCLA), working on calcium signaling and epithelial transport. In 1985, he became an assistant professor at UCLA and in 1988, moved to University of Texas Southwestern Medical Center as an associate professor and then a full professor in 1994. In 2010, Dr. Muallem moved to NIDCR where he continues his work on several aspects of calcium signaling and epithelial transport mechanism as they relate to epithelial function in health and disease.