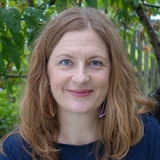 The neural crest is a transient stem cell population originating early in all developing vertebrate embryos. It gives rise to cell types ranging from melanocytes and peripheral ganglia to cells contributing to the formation of the craniofacial skeleton. About 10% of human birth defects are neural crest-derived, including craniofacial malformations like cleft palate and cancers like melanoma and neuroblastoma. Little is known about the regulation of stem cell characteristics of these clinically relevant cells. The Kerosuo lab focuses on understanding the molecular mechanisms behind the maintenance of neural crest stemness, how fate choices are made, and whether normal developmental processes apply to neural crest-derived birth defects and cancer. By using a combination of biochemical, cell, and molecular techniques on human embryonic stem cell-derived neural crest cells, together with single-cell and live-imaging in vivo data on chicken and mouse embryos, the Kerosuo lab aims to provide a comprehensive picture of early neural crest development and better understand how neural crest-derived diseases arise.

Dr. Laura Kerosuo received her PhD in stem cell biology from the Faculty of Medicine at the University of Helsinki, Finland. She then continued as a postdoctoral fellow at the California Institute of Technology where she initiated her research on stem cell characteristics of the neural crest. Her postdoctoral work has demonstrated that neural crest cells, despite their transient nature, maintain a premigratory stem cell niche of self-renewing and pluripotent cells located in the dorsal neural tube. Dr. Kerosuo made this discovery by creating novel techniques such as developing crestospheres, an in vitro method to maintain neural crest stem cells in a self-renewing state. Furthermore, Dr. Kerosuo, in collaboration with biophysicists, developed Spatial Genomic Analysis, a smFISH-based multiplex transcriptome analysis that revealed a pluripotent stem cell niche embedded in the neural crest progenitor domain. By studying fate choices during early neural crest specification, she has also proposed a hypothesis for onset of neuroblastoma at a much earlier time point than previously assumed. Based on these findings, Dr. Kerosuo established her lab at NIDCR in July 2018 and continues to pursue research on the molecular mechanisms of neural crest stemness.